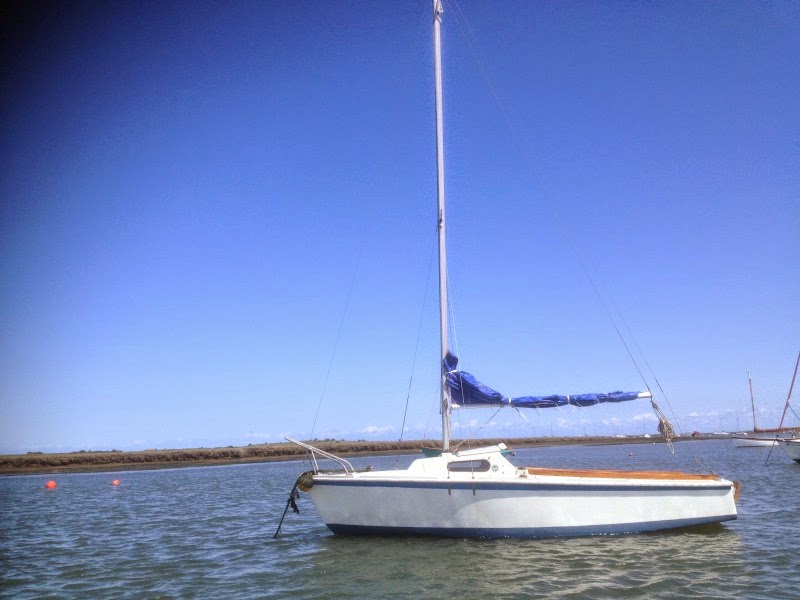 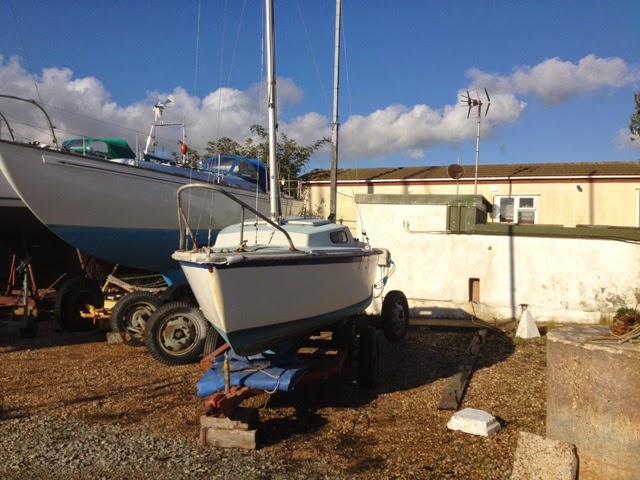 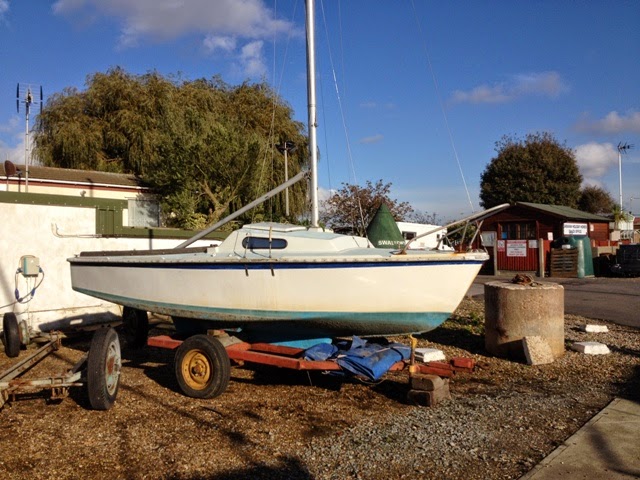 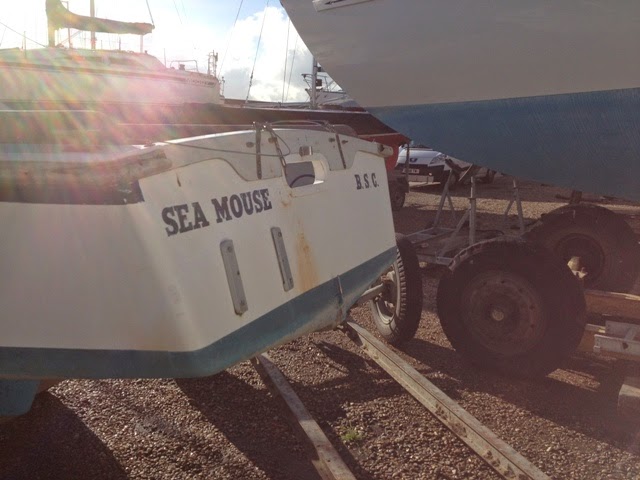 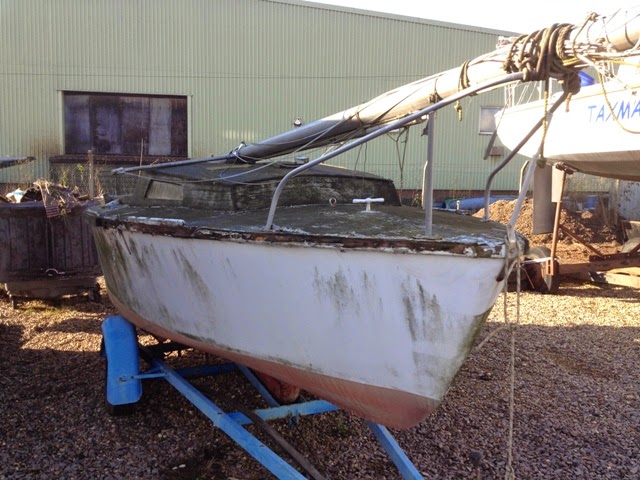 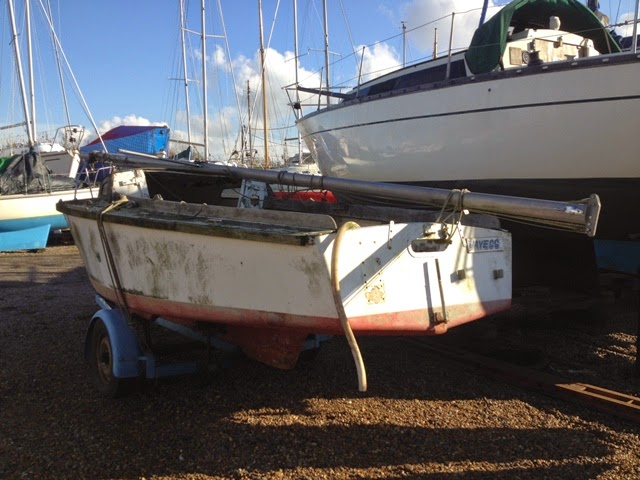 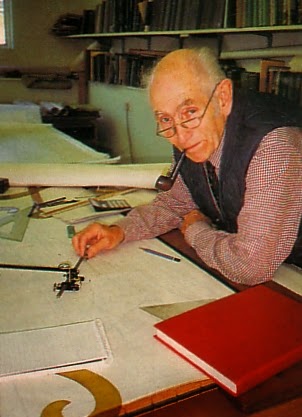 
The Seafarer ‘Seamonster’ took part in the 2013 la Semaine du Golfe held on the Morbihan in southern Brittany.  Designed by Alan Buchanan, she was built in 1967. Unlike the earlier version with a fibreglass hull, wooden deck and cuddy, her upper structure was moulded in fibreglass.


Her hull has a shallow keel and a heavy mild steel retractable centreplate. She is rigged as a Marconi sloop with a slab reefing mainsail and a furling Genoa. Designed as a day boat she has minimal accommodation for overnight camping. A boom tent vastly increases usable space for gear that is normally stowed under the cuddy, making room for a crew of two to bunk down.


With a generous sail area and a slippery hull, she has a good turn of speed and above average windward ability, in part due to her masthead Genoa and an efficient centreplate. Her transom hung rudder gives positive and sensitive steering. Auxiliary power comes in the form of an outboard motor.


Very few of these early GRP ‘classic’ day boats have survived until today. I have photographed two I found at Burnham-on-Crouch. The fully moulded fibreglass Seafarer at Rice and Cole is redeemable, but I think the older one with the wooden superstructure has probably had its day.


Expired Auction at Ebay.co.uk for a Seafarer

Perhaps an option for you Bill?

My daughter's partner owns 'Seamonster'! He has offered me a chance to sail her, but as yet I have not taken it up.

We have just inherited hull number 70 6 64, in reasonable condition and are in the process of renovation in Longford, IRELAND.

Hi All, We have just been given an Alan buchanan designed Seafarer 18 ft day sailer.
It's sat in our club for the last 11 years or so.
We had it picked up on some oil drums tio try and drop the steel centre board.
Its badly corroded but basicly sound. After much hammering and levering we got it nearly fully down but something is stopping it dropping completely out.
The chain and shackle were removed and also the pivot pin - it should drop out? What I'm I missing? Help!!
davidbushell24@yahoo.com