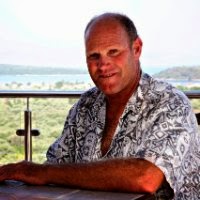 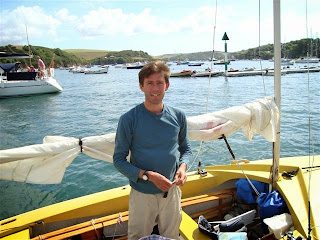 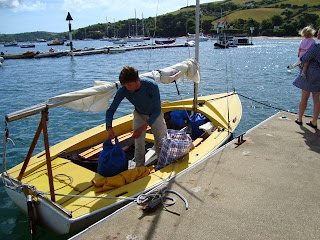 Simon with his Wafarer at Salcombe 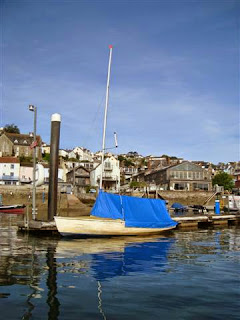 
Yesterday I visited Gavin Atkin’s weblog* which drew attention to a 44 minute video by Steve Clarke-Lens who sailed and rowed a Wayfarer on a 4,000 mile Mediterranean and River Nile cruise.** This is a super film, well worth seeing, which gives insight into what can be achieved with an open dinghy by an able and determined crew. Steve got into a few close shaves, not of his own making, but through unexpected circumstances, like being abandoned by a tow boat when exiting the Nile and finding himself alone to face three rows of enormous breaking seas.


Wayfarer dinghies have been around since 1957 when first built in plywood to the drawings of Ian Proctor. Subsequently the boat has undergone modifications and changes and more can be found out about her by visiting this Wikipedia page:


Wayfarer Dinghy : http://en.wikipedia.org/wiki/Wayfarer_(dinghy)
I have added a few photos of Simon Renton whom I met at Salcombe in July 2010. He was attempting to sail around the UK by himself in a Wayfarer, but the weather was exceptionally stormy and he eventually had give up. (See the very last link at the bottom of the page.)
Gavin ’s  www.intheboatshed.net is a popular and informative weblog offering hours of enjoyable viewing to boating enthusiasts, particularly those who want to be informed about wooden boat restoration projects, traditional sailing craft such as smacks, luggers, barges, vintage sailing canoes and the like, including rowing and motorboats.  For those who have access to ‘SoundCloud’ Gavin’s weblog contains a section dedicated sea shanties and other such songs. There are also links to YouTube featuring singers, even Gavin himself with his rendering of John Connolly’s ‘Fiddler’s Green’. Here’s the direct link: https://www.youtube.com/watch?v=7w7bgDa9M00&feature=youtu.be


Around Britain in a Wayfarer Dinghy – Ludo Bennett-Jones


The Best Bits So Far by Ludo Bennett-Jones


Autumn Sailing with a Wayfarer