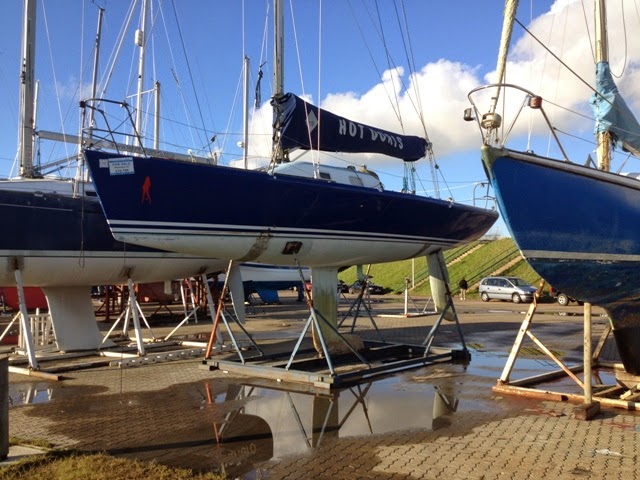 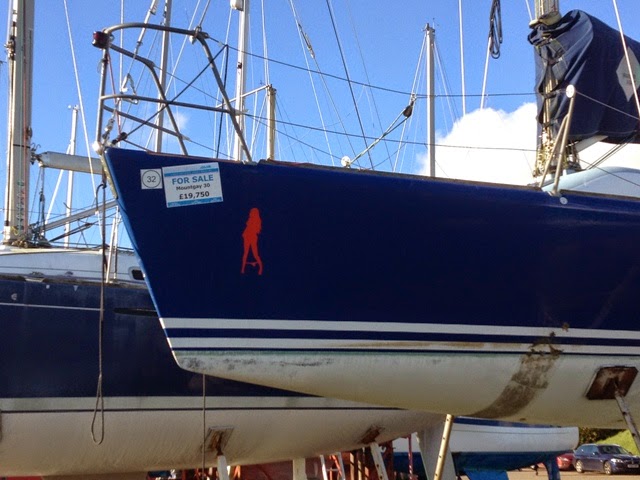 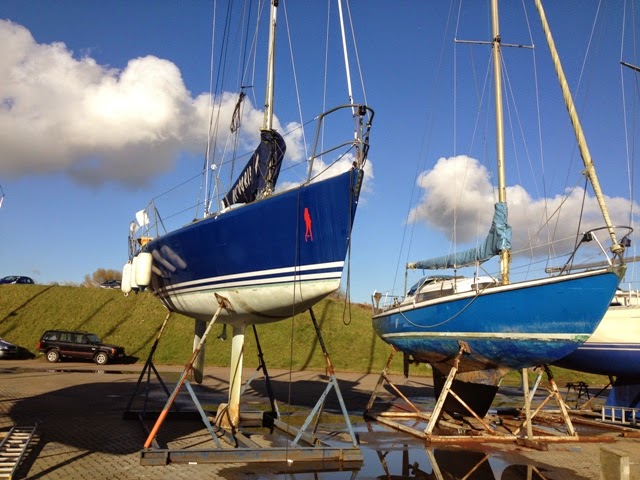 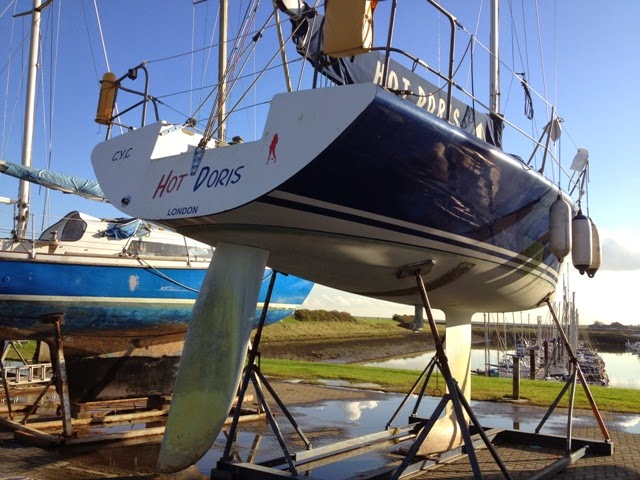 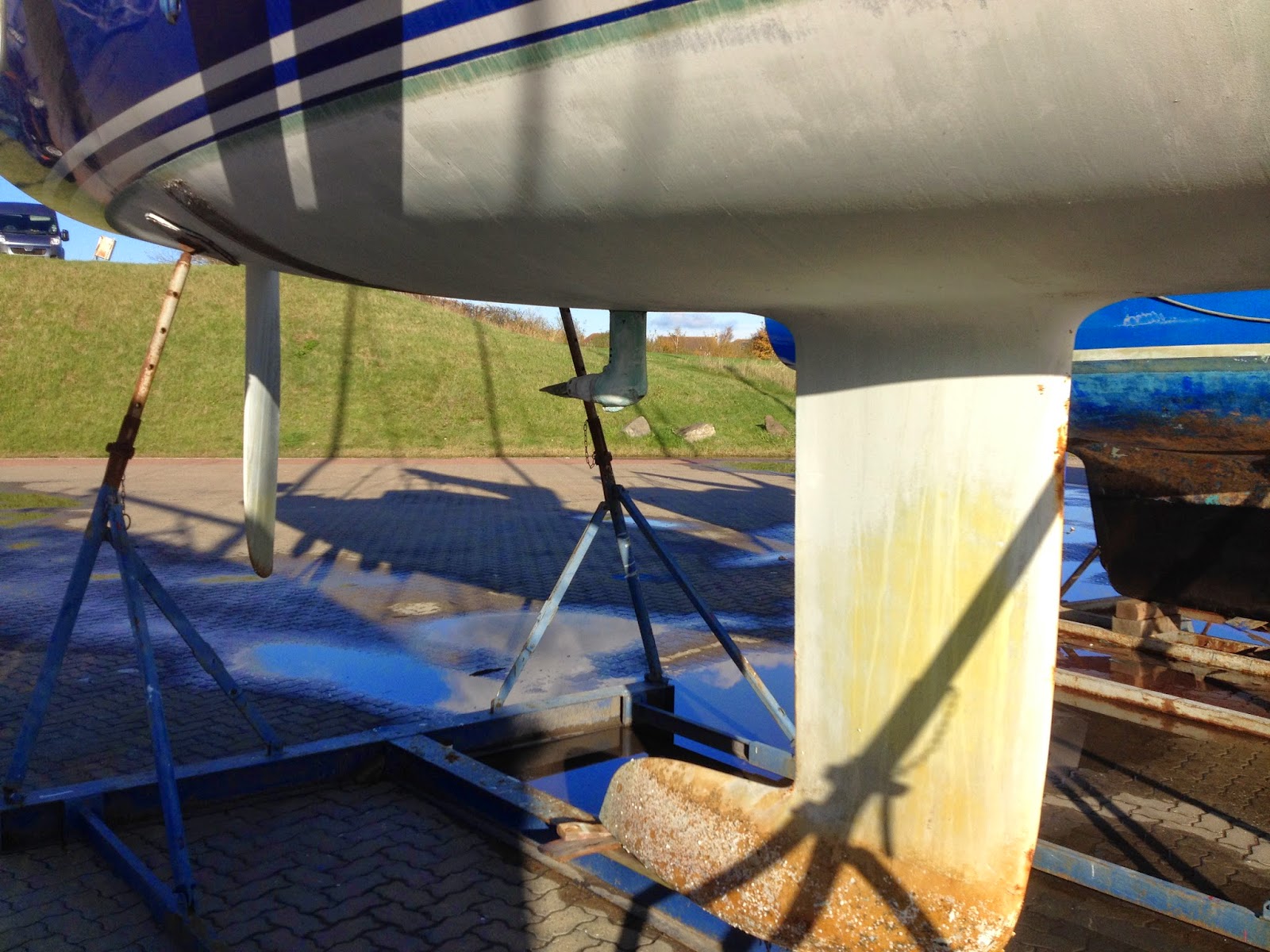 I am not normally attracted to racing boats. However, I could not but help be intrigued by this yacht that is for sale at Burnham Yacht Harbour. There is no way I could afford her, nor would I want her. My curiosity was aroused purely because she looks like a flyer with her deep fin keel and streamlined rudder. Not only is she beyond the depth of my pocket, but she is far beyond my comfort zone.


There is no way I would want to be her helmsman with half a dozen crew sitting up to windward while other competitive yachts are in close proximity, tacking to and fro, engrossed in the deadly, cutthroat business of winning at all costs. Now and again one hears shouts of aggression: “Keep clear!” and “Starboard!” and “Water!” – Even unfriendly and unwelcome expletives. Finally, at the end of the race, if there was any joy, the protest committee rules you have been disqualified because of some tiny infringement of the rules of which you were unaware. Deflated, you sheepishly go home and determine to have another shot at being first – egocentric to the core.


Maybe when I was younger I would have relished the challenge of being first. I would have enjoyed making my crew work like hungry slaves, tweaking here, hauling there, or in calm conditions moving like mice so as to not disturb the flow of wind over the sails and water around the hull. Now, things are different. I have acquiesced. I have given up.  I’m no longer competitive. There is no desire to be first, for there are far more important priorities, such as losing self and being last. This is by far more rewarding, as there’s no competition, no aggression, no hassle, no nastiness, no jealousy - only love and selflessness. The depth of my pocket is of no account, and I’m the richer for it.


Philippians 1:5-7 ‘Let this mind be in you which was also in Christ Jesus, who, being in the form of God, did not consider it robbery to be equal with God, but made Himself of no reputation, taking the form of a bondservant, and coming in the lowliness of men.’

I read this post with interest as I own this boat! I bought her in 2015, and changed her name back to the original 'WILDWOOD', quite fitting for a wooden boat which goes fast...

Public perception of raceboats is always an interesting one. I only cruise in her and have no particular ambition to go racing. As a cruising boat, she is fast enough to not necessarily need to passage plan around the tides. Racing boats, by their nature, are efficient sailing machines which more often than not come with good manners. This is particularly true with WILDWOOD, she will happily potter along in excess of 10kts with the autopilot steering in perfect control, freeing up a short-handed crew to cook, navigate, do jobs around the boat or just relax.

I think the thing many people don't consider is that you can always slow a fast boat down, but you can never speed a slow boat up. One day this might be the difference between being able to beat off a lee shore, or make your intended cruising destination before you lose the tide, or access new destinations which would otherwise be impractically far afield.