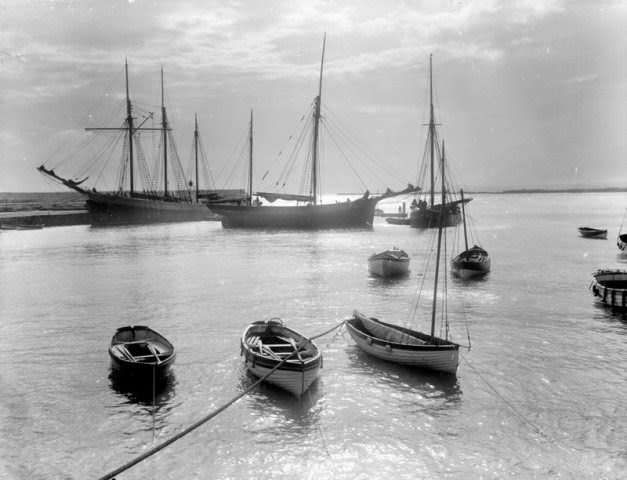 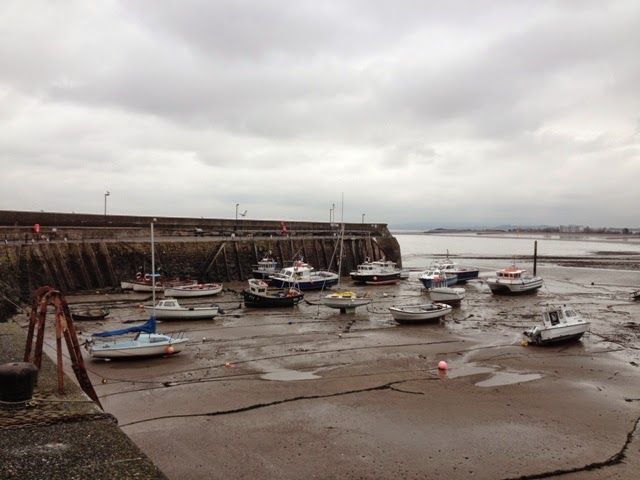 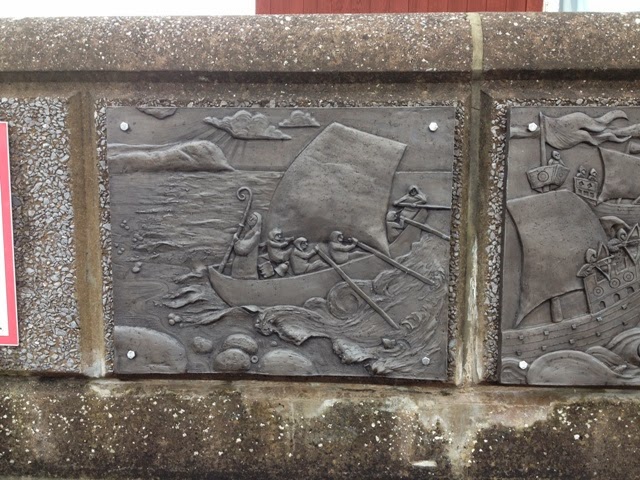 One of the 7 plaques designed by Sue Webber 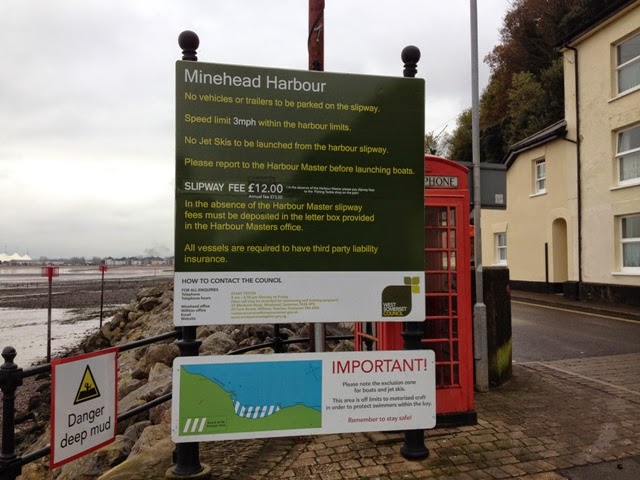 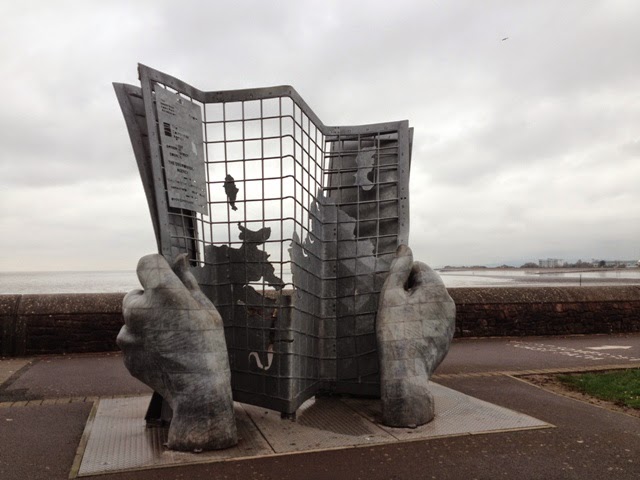 At the start of  the South West Coastal Parth


When I was a youngster I sometimes cycled from Taunton, where I lived, to Minehead and back in a day. I usually did this with a friend. Our purpose was to enjoy the ride, and do some sunbathing, if the sun cooperated. In those days, sunbathing was not the dangerous activity it is now, on account of a weakening of the Ozone Layer.


Minehead brings back other memories for me, especially one when I arrived there in a small sharpie after sailing with a friend from Highbridge. We set out on a day sail with that purpose in mind, but the wind headed us and the only way we could make progress was by walking the boat through the surf. Needless to say, we both became very cold and exhausted. After securing the boat in the harbour we returned home late that night to find our parents in a state of panic. They thought we had been lost at sea. There was no way we could have communicated with them to inform them of our safe arrival at Minehead, because they had no telephone, nor did any of our immediate neighbours.


One thing I noticed on my recent visit was that nature of the beach had changed. In my teenage years there was a gorgeous sandy cove; now it is mostly rocks, pebbles and weeds. Apparently a severe storm in 1990 washed away the sand, and badly flooded parts of the town. The importation of 320,000 tons of sand in 1999 seems to have made little difference, neither has the expenditure of £12.6 million on building sea defences, although the new sea wall will undoubtedly help minimize the threat of flooding.


The Harbour, if you can call it a harbour, is much the same as I remember it 60 years ago, but of more recent origin are seven plaques attached to the wall by the walkway. They were designed by Sue Webber, and they represent the rich maritime history of Minehead which can be explored by surfing the NET.


Not far from the Harbour there is a large sculpture symbolizing the South West Coastal Path that follows the coastline from there for 630 miles to Poole, on the South Coast.

Hello Bill, its nice to have you back blogging again. Hope you enjoyed your shore leave!

Well, thanks Richard. My shore leave turned out to be a very busy time involving much travelling - 7,444 miles of it on mainly congested roads driving my car. I was able to spend time with relatives in the West Country and visit a few old haunts.
Cheers,
Bill.

Wow, that was a piece of driving, more in the same period than I did for work. Its nice to look up old acquaintances, and haunts though.

Wonderful. I prefer Watchet which too has changed somewhat. Used to visit there whilst staying with my late mum in Highbridge :-0

Andrea,
I would have liked to visit Watchet. It was there, along with a girlfriend, we won a canoe race in the old harbour on Regatta Day. We only won, because we obeyed the rules by going around ALL the buoys. The smart guys who took a shorcut, were grieved.

What sort of boat do you sail at Lewis?

Andrea Ingram said...
This comment has been removed by the author.
4:37 pm

I sail a battered Leisure17 William. It is still in the water at the moment and I was out in her last week. A bit cold and rough.