The job of reshaping and repairing ‘Sandpiper’s’ sails took considerably longer than I anticipated, but they are now finished and they should be good for another two or three years. 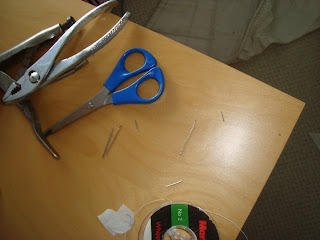 I mislaid my sailmaker’s palm, and I was reluctant to buy another; instead I managed with pliers and a coin which was handy for applying pressure to the eye end of the needle, or should I say needles; as I broke and bent several of them. Finally, I found one that was almost indestructible. 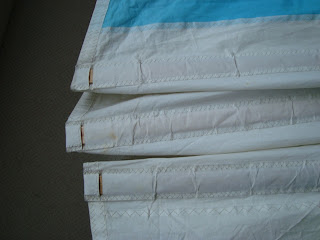 The mainsail did not require reshaping; however, worn stitches had to be replaced, and all three batten pockets had to be strengthened at their openings where they were worn. I cut the hickory battens to length, because they were too long. 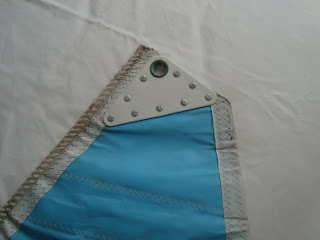 I am pleased with the finished sails, especially the jib that I re-cut along the foot and leech. Both sails set pretty well too. There are a number of things that have to be attended to before the boat can be launched. I have to replace the rudder stop, because it snapped, on account of being brittle. The draining system for the cockpit and the aft deck has to be cleaned and reassembled. A major consideration will be the engine. Shall I be able to get away with a short shaft outboard? A long shaft one will be more difficult to store and it will be more expensive to buy. My preference would be for a Honda 2.3 four stroke outboard. I doubt there’s a better engine for a small boat.
Posted by William Serjeant at 9:39 pm

Paul,
The sewing awl would have made the job easier indeed!

I hope the weather improves for your UK visit - very wet at the moment and quite cool.