Messing About with ‘Pike’ – Part 2 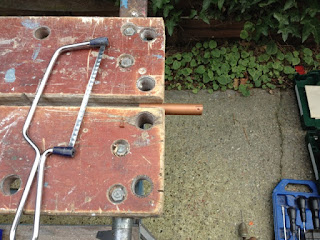 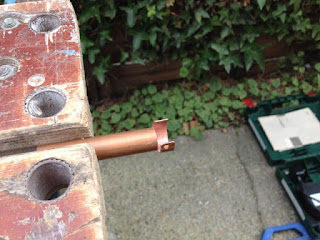 On and off, I am still messing about with Pike, and as Rich_D said in his comment to Part 1, such activity ashore and afloat can bring ‘simple pleasures’. This is true.

Yesterday I spent time making a copper fastening for retaining a section of rope fender that had come loose on the port side of the boat. One of the old fittings had snapped, and it required replacing. 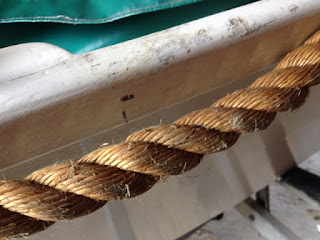 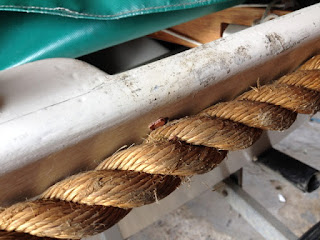 I’m not keen on rope fenders. Pike’s look untidy, but they do the job of protecting her topsides.  Just above where I did the repair - on the gunnel - the paint has been damaged by a pad made from adhesive carpet tape for preventing the trailer strop from biting into the gunnel. I’ve found a way of avoiding further damage by dispensing with the pad and placing the strop in the rowlocks. 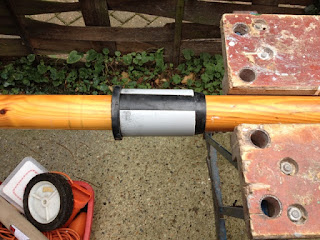 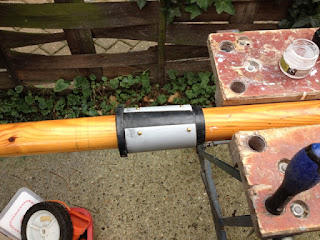 When I took Pike for a sail, and I came to row her, I noticed that pieces of plastic piping clipped to the sleeves to act as wear plates, rotated. To prevent this happening, I’ve fixed them to the sleeves with brass screws. 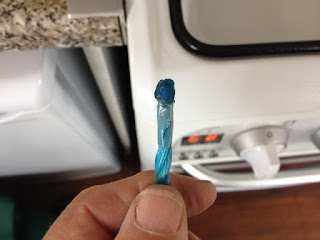 Another thing that bothered me was the untidy ends of Polypropylene ropes used for securing Pike’s cover; therefore I cut and sealed their ends by exposing them to flames from a gas ring on the hob of a cooker in the kitchen.

My wife was very restrained when I suggested I should use ‘her’ kitchen for such a smelly job. With windows open and the door wide open, I carefully went about the job so as to leave no trace behind of what had taken place. I recalled times when I had laminated spars and various parts of boats in the kitchen, the lounge and the hall, even the bedroom – always when my wife was absent. She would return, never knowing what had taken place.

That's priceless Bill -- undercover home boat building at its best! But Patrick's made a very valid point, assuming that your wife reads this blog.

I spoke of former times. My wife has been aware of my boatbuilding activities in her absence for several years. She's not into computing, but one of my daughters spilled the beans by showing her a posting with photos of bits and pieces in the lounge. Everything is hunky-dory, providing I leave no trace. Spilled beans is not so bad, but spilled epoxy is no laughing matter!