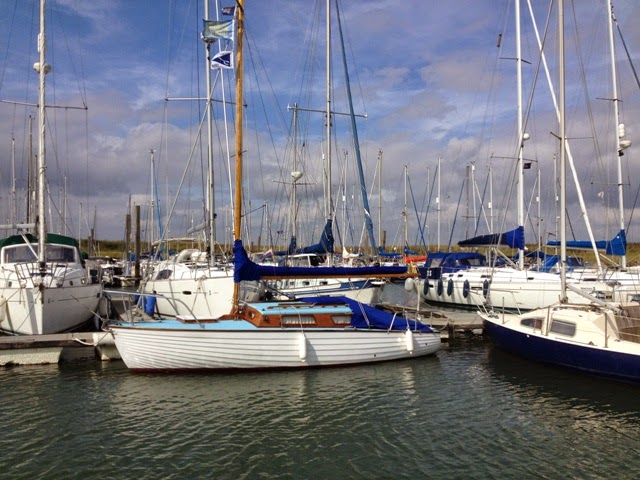 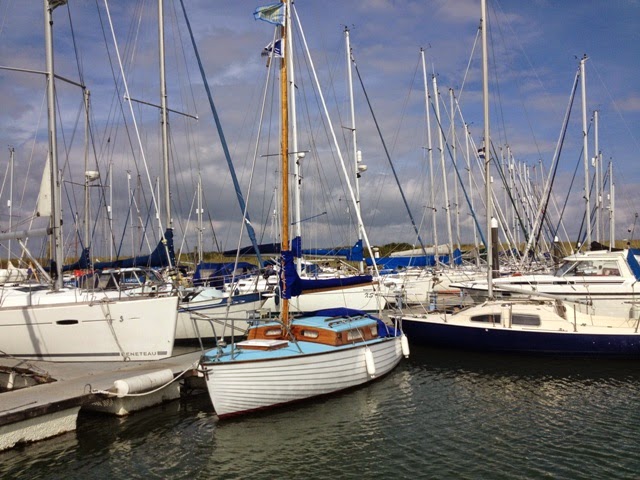 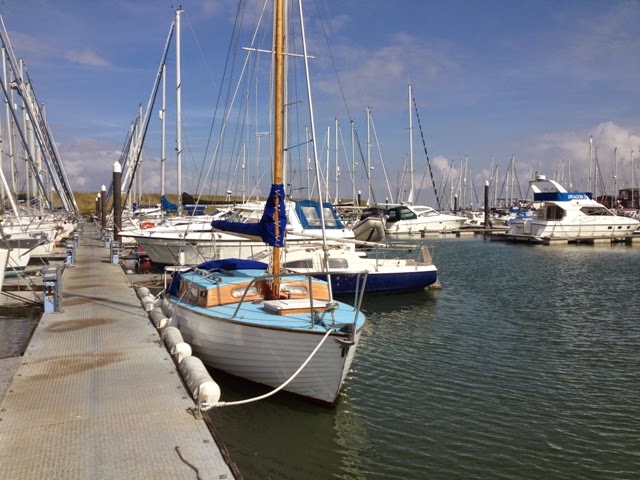 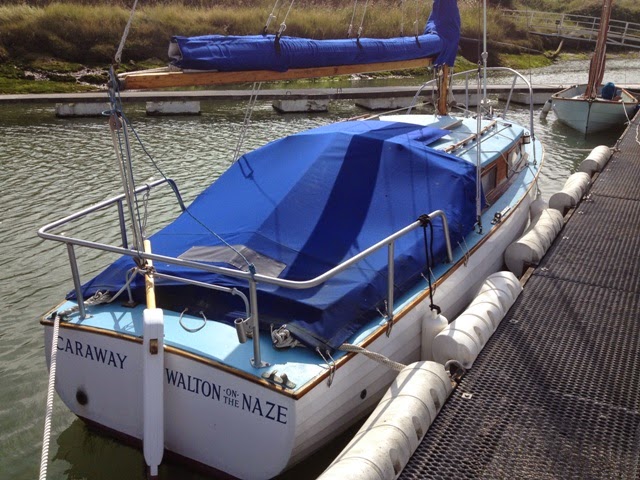 The original* wooden clinker Kestrel was designed by F.J. (Jack) Jones, for construction in mahogany on oak. Some were fitted with ballasted keels and other had centreboards. They were first built in 1955.


‘Caraway’, shown in these photos, must have been a fairly early boat, because she has the basic coachroof without the extended forward section that was added to later boats. She also appears to have an inboard engine.


These attractive vessels were built by a number of builders: F. Halls and Son, of Walton-on-the-Naze, commenced building them in 1956 with 36 to their credit, and I know that at least one was built by C. D. Pugh, of Barry, South Wales, namely ‘Bluebell’, with sail number 103. I’ve heard it said that at least 300 were built, and a good many of them in the ‘Kestrel Shed’ at Robertsons Boat Yard, Woodbridge, Suffolk. That was in the late 50’s. There were variations of the internal layout, according to the requirements of prospective owners.


The first GRP Kestrel 22 was ‘manufactured’ in the late 1960’s. No longer was she a clinker boat, and her upper raised deck moulding, along with an extended coachroof, vastly increased the internal volume for improved accommodation. Personally, I think the GRP version is ugly by comparison with Jack Jones’s original, elegant clinker yacht.