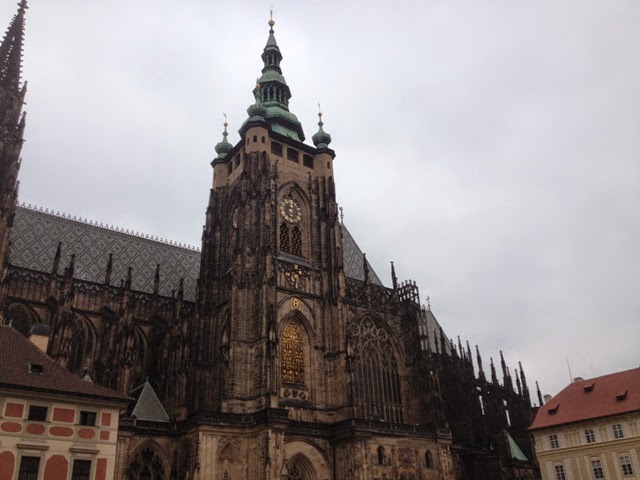 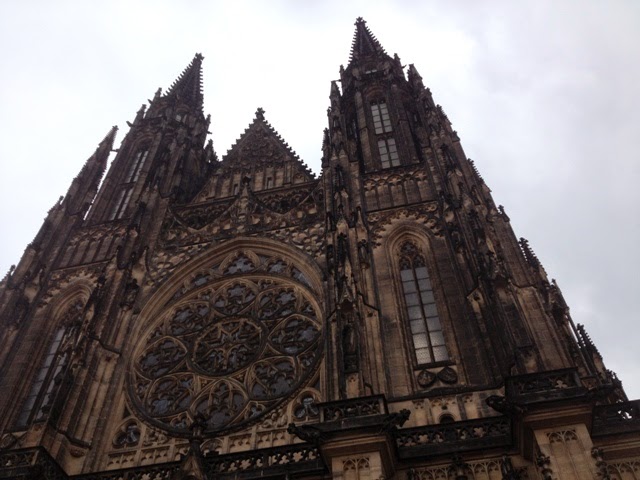 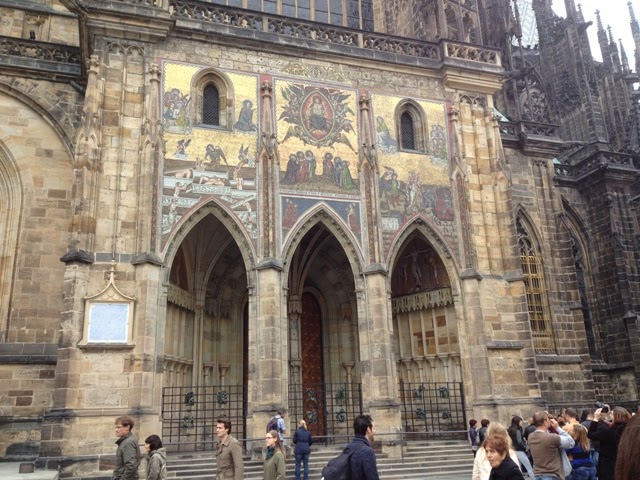 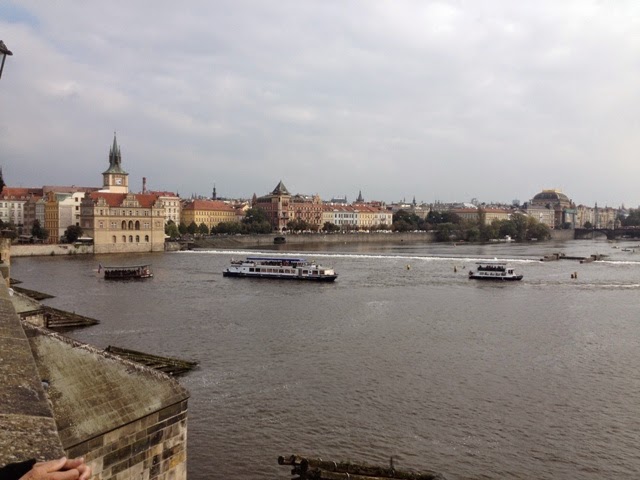 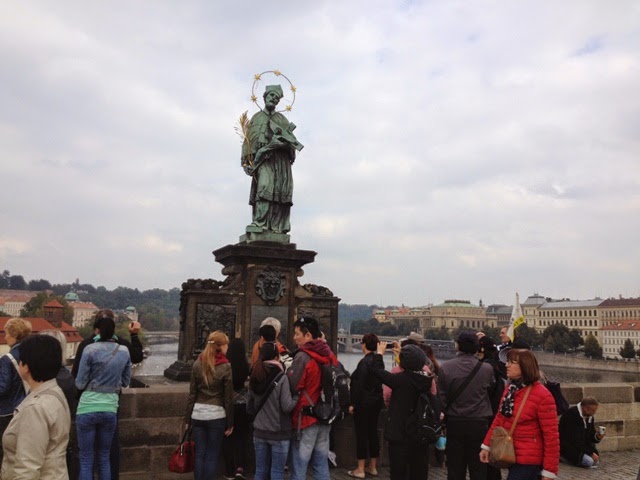 Statue of St. John of Nepomuk on Charles Bridge 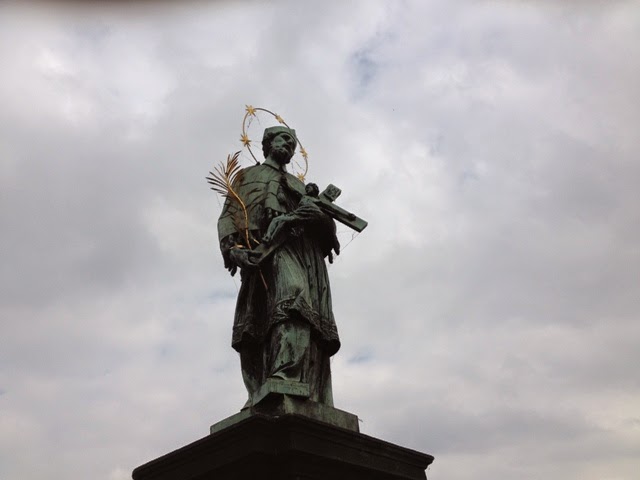 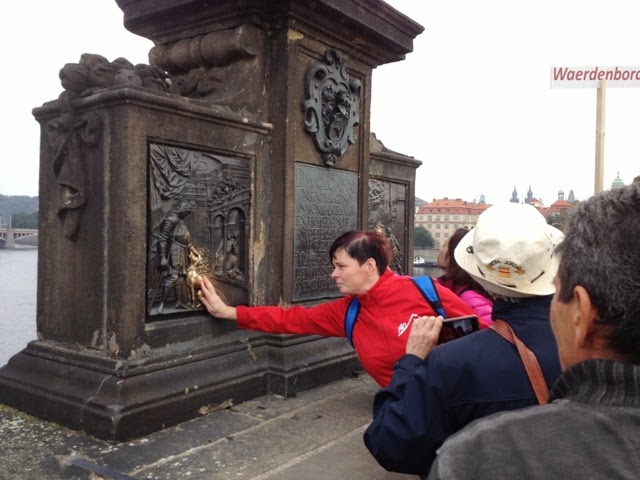 Tourist touching bronze plaque on base of statue 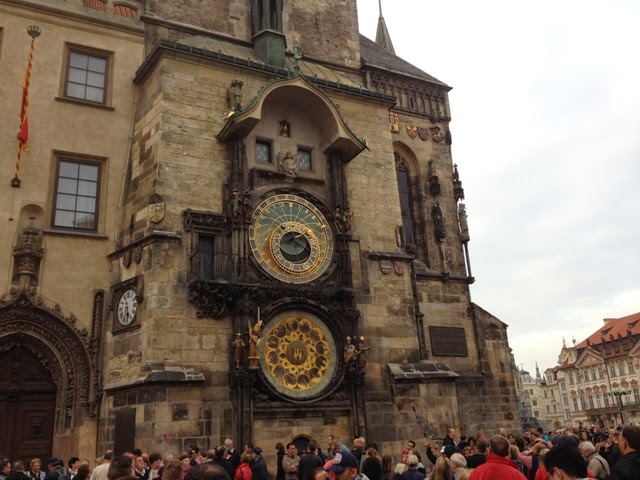 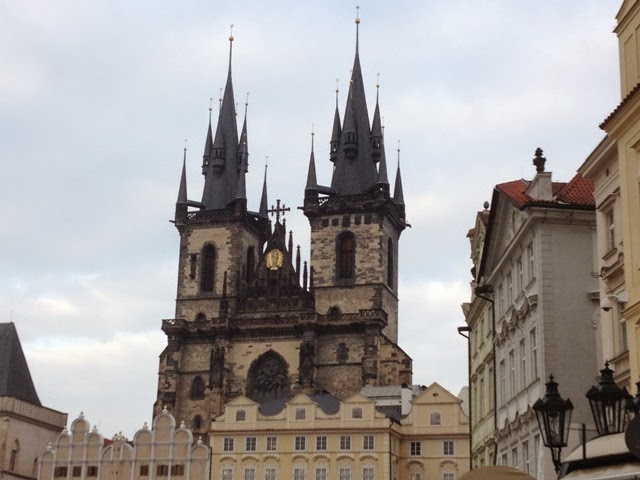 Church of Our Lady before Tyn


After a four day break to the landlocked Czech Republic I’m back in the helmsman’s seat.


My visit was to Prague, through which flows the River Vltava. Both halves of the city are linked by the 14th Century Charles Bridge and several other bridges of lesser distinction and the Metro.


During my short visit, I saw innumerable examples of fine architecture. Especially outstanding was the French Gothic Cathedral of St. Vitus, which stands within the ramparts of Prague Castle on the hillside north of the River. The Old Town to the east of Charles Bridge is a tourists’ paradise where architectural jewels abound such as the Astronomical Clock situated in the tower of the Town Hall. Nearby there is the Church of Our Lady before Tyn with its twin towers and spires.


There are countless cafes, bars and restaurants that offer typical Czech cuisine heavily based on meats. Even expensive restaurants are cheap by comparison with those in the UK. Needless to say I was well fed, which was just as well, because I required an increased intake of calories to provide energy for continuous walking during the hours of daylight.


My impression of the Czechs was that they are a laid back, very helpful, polite and obliging people. The taxi driver who took me to the airport said Czechs were ‘born to serve’, and they were happy in that role. On the negative side, I was sad to see a large amount of graffiti, some of it sprawled over otherwise beautiful buildings. Another disturbing and frequent image was that of beggars, who in fact do not beg. They kneel and support the upper part of their body on their elbows while they rest their head on their forearms and hold an upturned, often empty cap. Tourist guidebooks suggest that these individuals should be ignored, which is very hard to do.


The problem with popular tourist resorts such as Prague is that large numbers of visitors by their very presence destroy the attractions they go to see.


I saw no sailing boats on the Vitava, only pleasure vessels for dining and sightseeing.2
Posted by William Serjeant at 10:34 pm

Hello Bill, welcome back. I hope you enjoyed yourselves. I've been missing your daily blog, but never mind, you're back and safe, thats the main thing.

It was interesting, particularly the architecture. The food was great, and I didn't have to make up a bed!

I survived the crowds and didn't get killed crossing the roads - there were trams, buses and cars galore - safer by far, aboard 'Minnow' on the high seas.