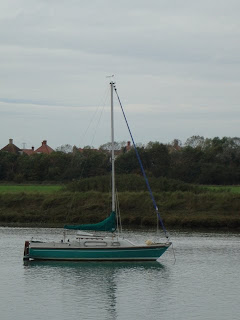 A Pandora International on the River Crouch 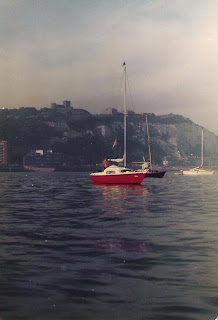 My Pandora Mk 1 at Dover 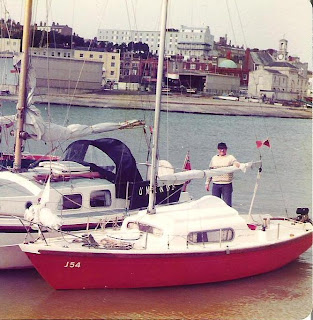 Ridgeway Marine produced three versions of the E.G. Van de Stadt Pandora. The original 22’ Mark 1 was based on the Trotter, which evolved from the Randmeer day boat. Van de Stadt added decks and a coachroof to convert her into a weekender, and named her the Trotter. He subsequently increased the height of Trotter’s freeboard to provide more space for the accommodation and to compensate for the additional weight. She was named the Trotter-Pandora.


In 1967 Grimsby Plastics was licensed to build the Trotter-Pandora, but they only managed a run of 20 boats. Ridgeway Marine took over production in 1971, and after they redesigned the deck and coachroof, they marketed her as the Pandora. In 1973 they revamped the whole boat and gave her a deeper keel and a taller rig, but continued to offer alternative hull forms, i.e., fin keel, twin keels or with a drop plate. This model was named the Pandora International.


A final transition took place in 1976 when the yacht was given a retousse stern which necessitated her having a skeg-hung rudder instead of a transom-hung rudder. This version, the Pandora 700, was equipped with an even taller rig. Production of the 700 ceased in October, 1991.


I owned a Mark 1 Pandora in 1981 and sailed her to Holland and back. An account of the cruise can be found in my Blog, starting with Part 1.* (See link below)


*Part 1 of my Cruise to Holland aboard ‘Apple Charlotte’ my Pandora MK1
http://bills-log.blogspot.com/2010/03/apple-charlotte.html

Nice blog. I've just noticed you had a Pandora Mk1, exactly the same as my Scouse Mouse, just returned from a trip from Milford Haven to La Coruna and back to Widnes. She got knocked down in the Bay of Biscay on the way out, so I'm doing a bit of head scratching before planning the next trip.

All the best,
Robin.

Hello, I'm about to start renovating the inside of a MK1 pandora, (trotter) does anyone have any pictures of the inside, really struggling to find info online. Thanks in advanced
Adrian