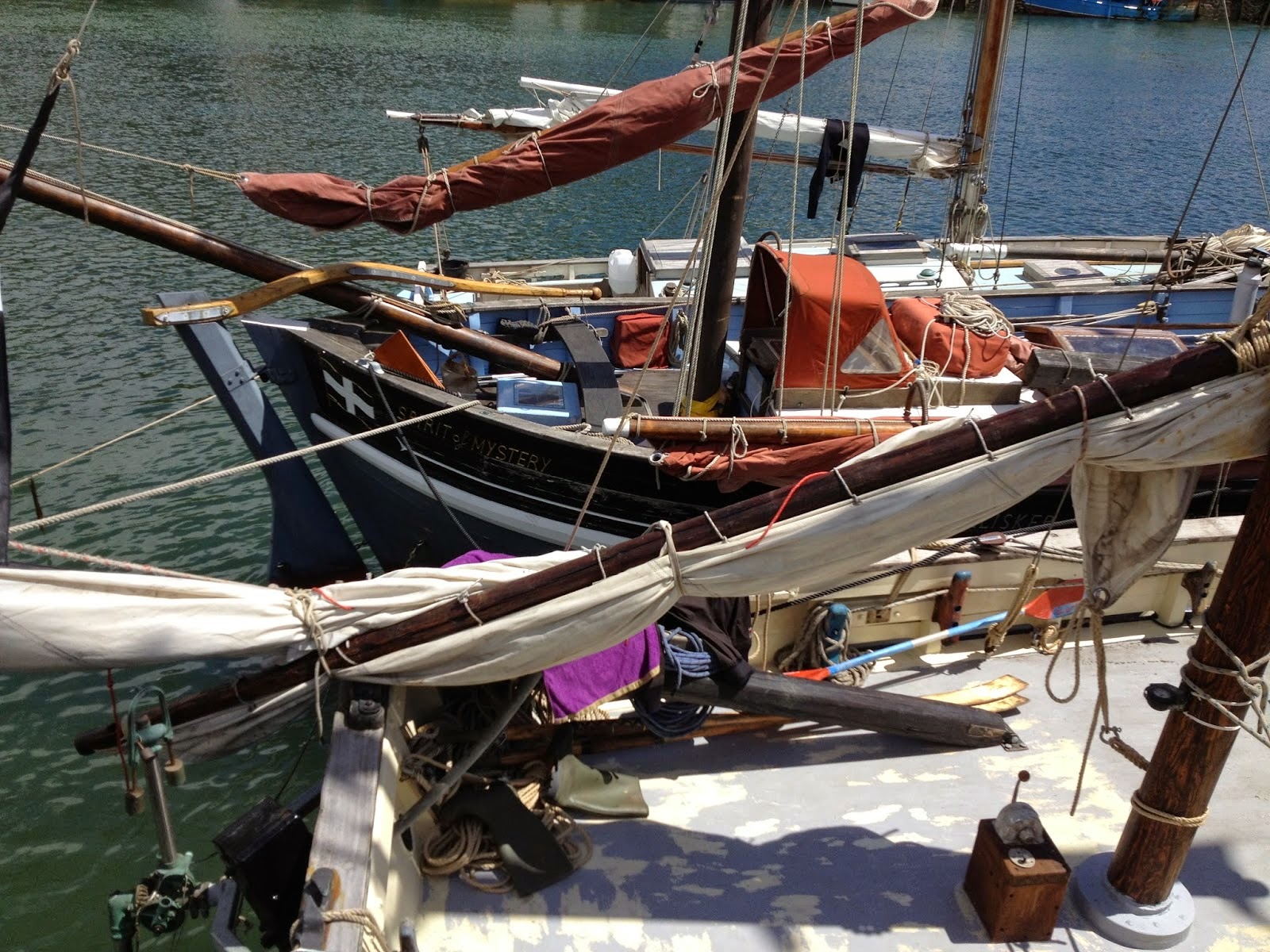 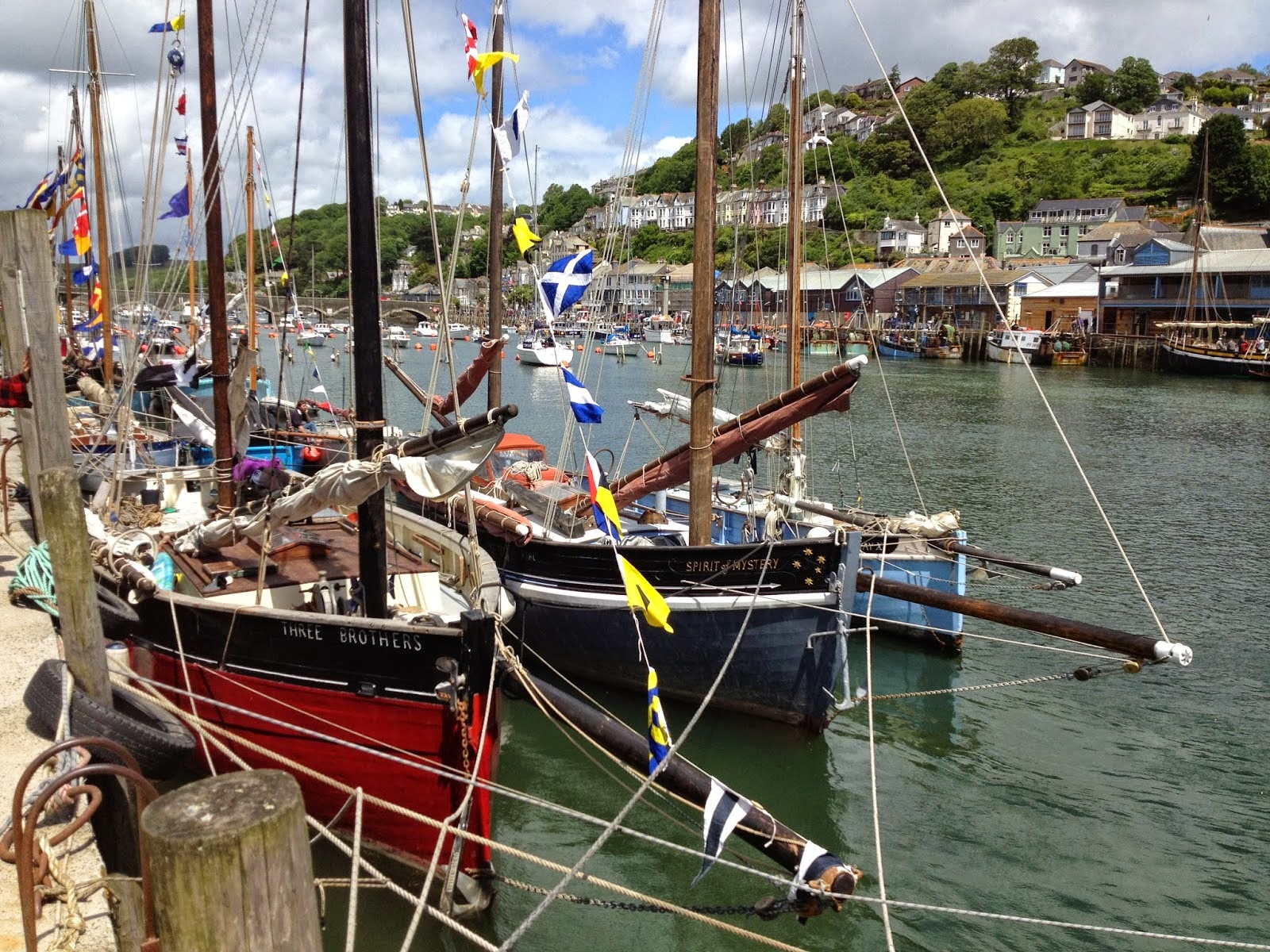 Not so long ago Pete Goss’s ‘Spirit of Mystery’ was for sale on Ebay.* She is a replica of a Mounts Bay Lugger that sailed to Australia in 1854/55. Pete and his crew set out from Newlyn on 28th October, 2008 to re-enact the epic voyage which they succeeded in doing, arriving in Melbourne on 9th March, 2009.

She was shipped back to England and sold by Pete to finance another project. I assume she has been sold for a second time, as I haven't seen her on Ebay for a while.

As to her whereabouts I do not know, but when I was sailing my West Wight Potter along the South Coast in the summer of 2013 I saw her at Looe on Saturday, 15th June.**  She was attending the Looe Lugger Festival.

Above your can see two photos I took of her with other luggers at the Festival. The photo below is the display photo for the Ebay advert.* 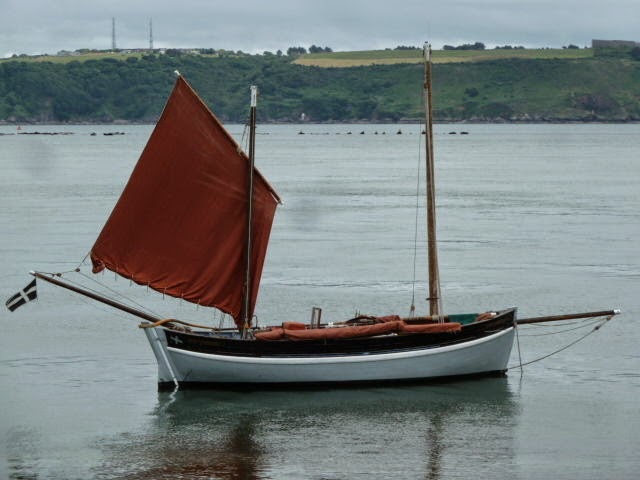 Spirit of Mystery – Taking the mystery out of history
http://www.petegoss.com/pages/journey-to-date/taking-the-mystery-out-of-history/79

The Spirit of Mystery from Conception to Completion by Colyn Thomas
http://www.rameheritage.co.uk/level2_pic/level2_petegoss/petegoss_v1/petegoss_pg001.html

Newlyn to Australia in a Cornish Lugger
http://www.sailing-by.org.uk/content/newlyn-australia-cornish-lugger

Pete Goss’s Spirit of Mystery is for Sale
http://challengeandadventure.com/archives/category/latest-news/race-teams/spirit-of-mystery-pete-goss
Posted by William Serjeant at 8:18 pm

Hello Bill, yes a lovely lugger. The style has persisted down the years, from sail, to auxillary sail with petrol/parafin engines, and then diesels. Testament, I feel to the guys who designed them, to be sea kindly, fast and functional.