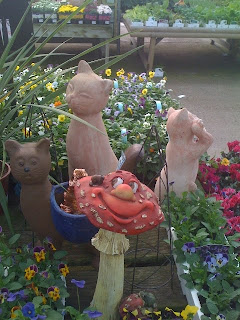 Pervading trash of mind and soul


Trash, rubbish, garbage, or whatever you like to call it, is stuff you want to ditch. Such clutter gets in the way. If dustmen are on strike, everybody knows about it. Refuse spreads over pavements and onto roads. Rats thrive in the filth; dogs and even foxes rummage among reeking piles of maggot-infested plastic bags. Flies swarm overhead; they alight and lay their eggs; wherever they go they spread deadly microbes. Gulls and jackdaws take their fill. There is a pervading smell of decay. If left for long this unwholesome mess threatens to bring disease and perhaps death. In extreme cases the armed forces are called in to clear streets and get things moving again.


Our world is increasingly being filled with trash, and our very souls, our very beings may also be accumulating more and more litter, garbage we don’t see - piles of rubbish in our minds of which we are unaware. We become so accustomed to wearing smeared specs we forget what it is like to see clearly. We live in muck without realizing what has happened. Physical, actual trash is bad enough, but garbage clogging up our soul and mind is really bad.


I’ve been taking stock of how I may reduce my carbon footprint and become more eco-friendly with the environment. All this, because of Roz Savage* who has rowed the three major oceans of the world to highlight the need for reducing CO2 emissions into the atmosphere, and for living a greener lifestyle. Ideally, we should be putting as much into complementing and supporting the world’s ecosystems as we take out of them. The aim is to be carbon neutral by 2050. By reducing our consumption of material goods and by not travelling unnecessarily in vehicles that burn carbon fuels we can reduce our carbon footprints. Much of this makes good sense. By buying second-hand clothing we save money, and by walking or cycling in preference to using a car or bus, we also save money and reduce CO2 emissions at the same time. Many of us could eat less for our own good health. There would be financial savings, less rubbish and less chance of having bad health on account of obesity.


In light of these arguments I must throw away trash of the past that has clogged my mind; think afresh; actively guard against getting into bad habits, and persuade others that they can be better off in terms of their wellbeing and pocket, if they adopt eco-friendly lifestyles.

Verse of the Day


James 4:8‘Draw near to God and He will draw near to you. Cleanse your hands, you sinners; and purify your hearts, you double-minded.


'It smells like a sewer': MONTH-long bin strike leaves rubbish bags piled ten deep and people fearing for their health’

This is a great post Bill, I agree; this world is being littered with both manufactured garbage and the rudest of humanity right now. I've prayed for the day that somehow we are all cleaned up from our wrong doings and so to this Planet, but it seems like that won't ever happen. Such indecencies.