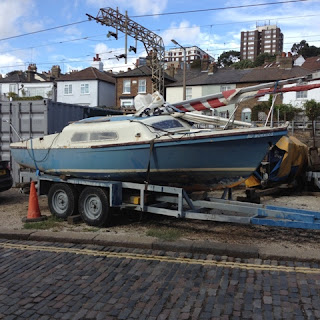 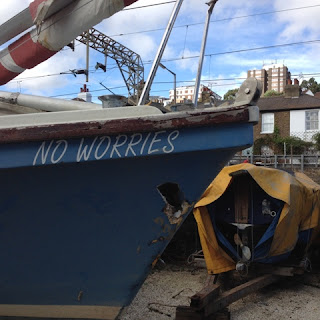 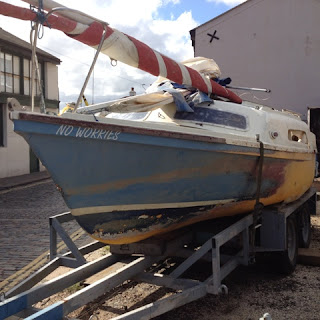 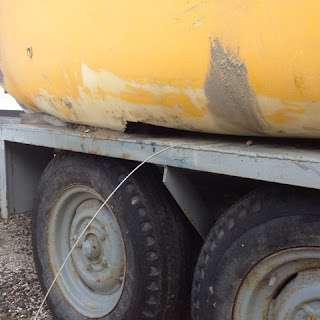 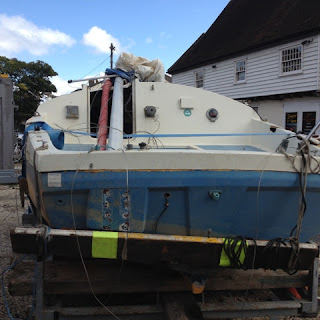 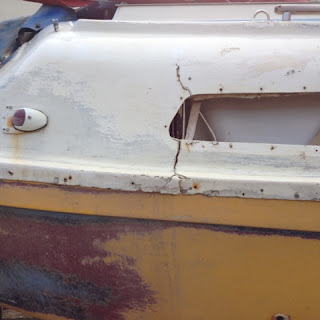 I couldn’t resist taking photos of ‘No Worries’, a wrecked Matilda 20 trailer sailer. If the owner didn’t have any worries before she got into this state, it’s pretty clear he’s gone past worrying!

Seriously, Matilda 20s have been a success story, especially in Australia and Canada. They were designed by Robert Tucker who also drew the lines of similar small boats for amateur construction; as such they were made from plywood and they were hard-chined. Some of them were built in large numbers; for example, the Silhouette, the Caprice and the Debutante. Subsequently, later models were re-designed for professional production in GRP which lends itself better to round bilge construction; hence, boats were modified, and different manufacturers under licence added their own touches.

I saw this while I was home, a sad site but the name made me smile too!