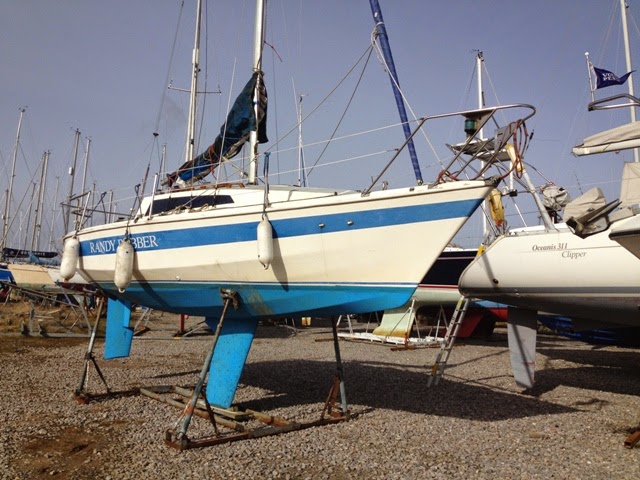 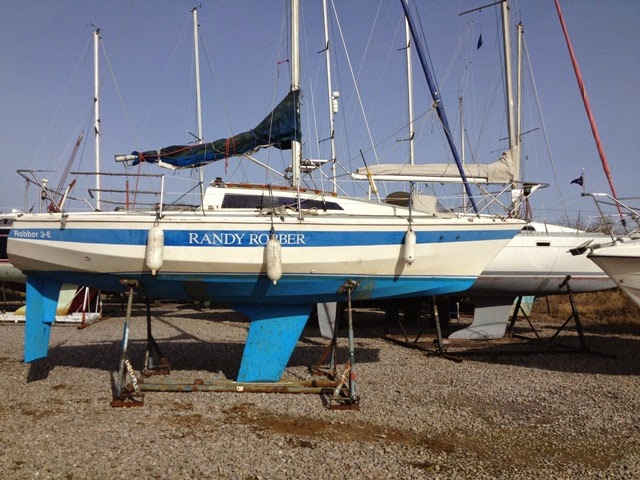 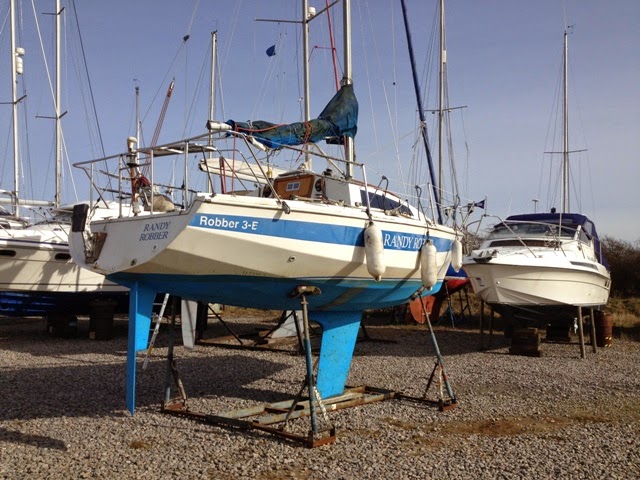 Some yachts are hard to research. There was obviously an original Robber, and this was most probably designed by Peter Ståhle, a Swede, in 1975. I understand she was called AFIK. I imagine she was a multi-chined plywood boat. I’ve not been able to find anything about Robber 11, but I assume she was in GRP. Robber 3E was a modified version designed by Stuart Jardine. Apparently she has a similar underwater profile, but with less sheer and a narrower transom (by two feet), to gain extra sail area for racing under the IOR. It is also said that Bernt Lingquist designed a Robber 3E.

I read in one of the forums that two Robber 3Es were built by Thames Marine in 1979, and one of them was exhibited that year at the London Boat Show.  Prior to that in 1977, Bebs Marine at Burnham-on-Crouch built a number of them.

Establishing the 3Es exact specifications is not easy, because various sources come up with different measurements, but roughly they are just under 25’ LOA and they have a beam of approximately 10’. The fin keel gives them a draught of about 5’. Some were fitted with 6 berths in 2 cabins.

I remember racing in the same race as a Robber on the River Crouch at Brandy Hole when the wind was gusting. She broached badly and her mast snapped at the spreaders. However, one thing I can vouch, she was by far the fastest boat in the handicap fleet.

Sorting fact from fiction has not been easy. If you can come up with any relevant facts, I would appreciate your input.

Medway Reefer – Robber ¼ ton Sailing out of the Medway
https://www.youtube.com/watch?v=wUUdk9SOfik

Hi Bill,
A group of us now have a number of Robber 3's and 3E's at North Fambridge and race them in the Fambridge Yacht Havens winter series.
You are welcome to come and have a look any time.
Regards