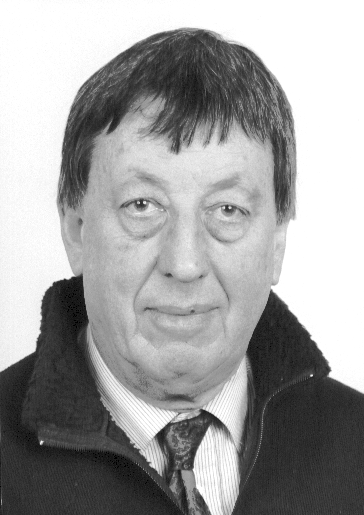 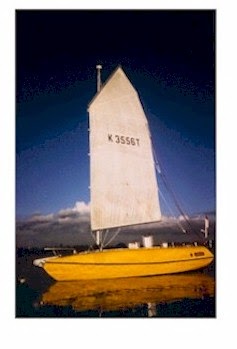 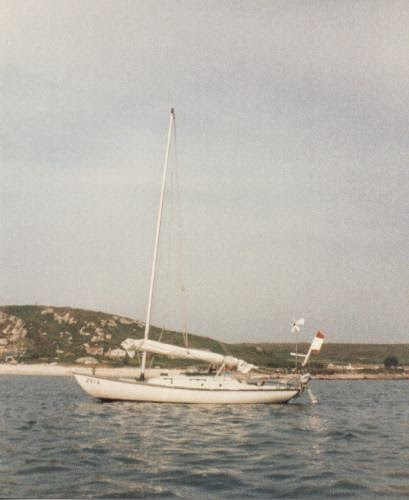 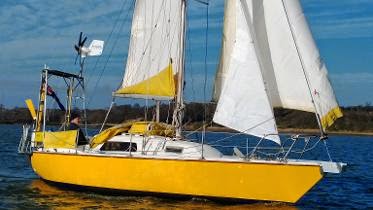 It was with great delight that I recently came across a reference to Julian Mustoe. He is the intrepid sailor who set out in his modified Folksong ‘Harrier’ to sail around the world in the wake of HMS Beagle, aboard which Charles Darwin, the naturalist, developed his extraordinary theory of evolution.

Julian’s voyage was of particular interest to me, because ‘Harrier’, formerly ‘Zeta’, in her original glory, was built by me from a basic bonded deck and hull to the design of Eric Berquist. Julian stripped her out completely, only wanting her for her hull and junk rig. She was well ballasted with a ton of lead and her hull had no seacocks. He built a new raised deck to provide increased headroom and for greater internal volume.

To cut a very long story short, Julian succeeded in following the wake of HMS Beagle, but not without suffering the loss of ‘Harrier’ when she was wrecked on the Brazilian coast. He subsequently fitted out another vessel that he named, ‘Harrier of Down’, and he continued his great adventure, finally returning home after eleven years, not all of them at sea, on account of spending time ashore in pursuit of his interests and adding to his income.

An enthusiastic supporter of Darwinian Theory Julian wanted to see things for himself and to present in a book his own observations in light of Darwin’s voyage and discoveries. Here’s what he says about the book, which has yet to be published, ‘for the person who seeks pleasure and enlightenment from a truthful and informative book, and who can respond to the lure of past times, the interest of a modern journey and to the prospect of distant horizons.’

I congratulate Julian on his achievement and wish him every success in his new endeavour in 2015 to sail ‘Harrier of Down’ to the Baltic Sea for carrying out another historically based cruise exploring the territory and activities of the Hanseatic League.

Julian Mustoe in the Wake of Darwin’s Beagle
http://www.ybw.com/forums/showthread.php?330003-Julian-Mustoe-in-the-wake-of-Darwins-beagle

The 'Harrier' version of 'Zeta' reminds me of Bill Kings 'Galway Blazer', smaller but similiar in looks.
I think I prefer the original 'Zeta'.
There is an interesting video of Bill King leaving the UK for his big adventure in 1968 on uTube, made for some interesting viewing and reminded me of my age as the movie is in black and white LOL.

Bill, I think that you can rightly bask in some of the glory of this great adventure given your hand in it.

Aden, as for 1968, even if film was in black & white (mostly)the world was actually in colour, if (distant) memory serves me well ;-) I will have to look for the video you mentioned on Youtube -- thanks.

Stephen, I think this must be the link to the 1968 video:

Alden,
I also preferred the original 'Zeta' with her lower profile and raked mast which was built by Needlespar. It was an alloy mast within a mast, purposely made that way to allow it to flex.
After rebuilding the mast he set out again on a second attempt to make it to the Horn, but he inadvertently allowed the boat to end up on a remote stony beach. Despite all efforts he could not get her off. In fact, he almost lost his life through dehydration when in search of help. Eventually he was found and given sustenance, but the boat could not be saved.
He later bought another boat and set off once again. This third time he was successful. The last I heard of Julian was when he arrived at New Zealand.
A thought passed my mind about the mast, because it was designed to flex from where it passed through the deck. I have a feeling that by increasing the height of the deck, it would have interfered with the flexing of the mast, and it may have been a contributory factor to its failure.
When Julian publishes his book he may tell of when the mast broke on the initial leg from Brazil to Cape Horn. He had to improvise, and it took him a very long time to make it back to land.
I'm unsure if he used the same yacht for the homeward passage from New Zealand.
I'm very much looking forward to getting hold of a copy of the book, because all will be revealed.
Cheers,
Bill.