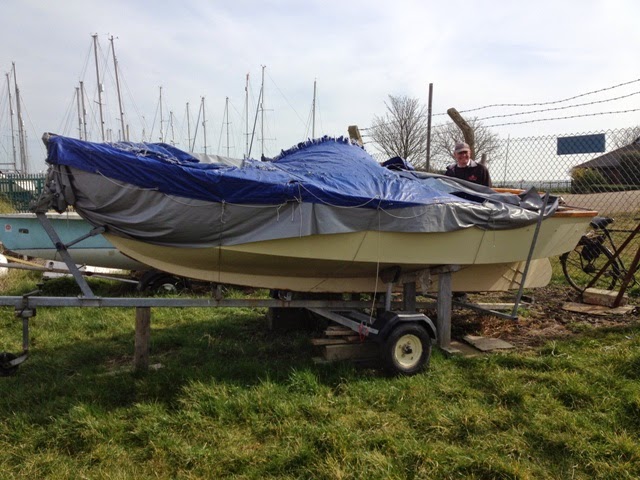 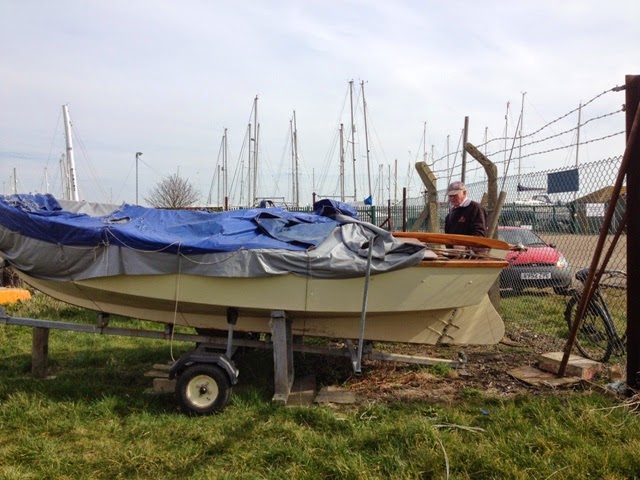 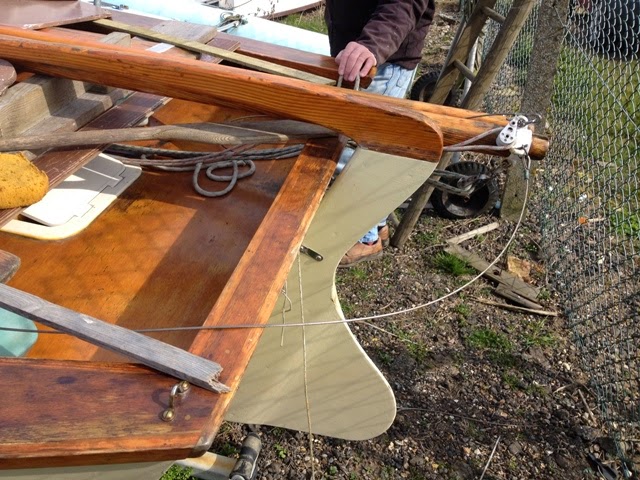 Now here’s the sort of boat that really appeals to me. The roots of her design go back to days after the Second World War when, if you wanted a cheap boat you had to build her yourself. Although not designed until 1990, her designer, Derek Ellard, was close enough to that era to have an understanding of DIY boat building. He was racing dinghies at Brightlingsea on the East Coast of England in the late fifties. Disenchanted with cold dunkings through capsizing, his thoughts turned to cruising dinghies, more in the style of Swallow and Amazons.

Fortuitously, his training at Art School in the early 1960s paved the way for a modus operandi in boat design. In his own words he says, ‘This was a time when we studied the relationships between form and function, and between aesthetics and efficiency.’ It wasn’t until 1990 that things came together for him to come up with building his dream boat, which he named, ‘Scruffie’. By then he had moved to Australia where he established Scruffie Marine at Mount Tamborine,  on the Gold Coast hinterland. His initial aim was to produce a cheap, knockabout, lugsail boat, but that did not fully satisfy him, because he felt she could be improved by making subtle changes, such as increasing keel depth, profiling the rudder and adding a jib.

His story has progressively advanced, because he has increased the range of his designs from the recent 11’ 3” Skerrick to the latest 32’ Selena - at least 15 designs in all, including previous ones such as the very popular Shimmy 12, the Stornaway Weekender, the Secret 20 and the Scintilla. Many of them are available in kit form, or they may be purchased as finished boats. The English builder and supplier of kits for Derek’s boats is Whisper Boats of Babraham, Cambridge.

I saw a Scruffie for the first time last Friday, and I became very excited by her simple elegance. She was covered with a tattered tarpaulin that was being lifted by an elderly gentleman who was intent of seeing if she had taken any rain in her cockpit. I spoke to him expressing my delight in his boat, and he gave me a very warm reception, to the extent that not only did he tell me about the boat, but about his associations with Canvey Island and the Island Sailing Club that stretch back to the post war years. He proudly gave me a tour of the Club.

Posted by William Serjeant at 9:30 pm

Great little boats - small is beautiful - close to the water and the wind.

I own the 1st shimmy ever made, I won it in a raffle for the cot of $2 almost 20 years ago, it is a very tough forgiving boat and an easy simple boat to sail.It is a good load carrier and I use it for camping, sleeping on board. It isn't the fastest boat about but will still be sailing when the faster ones have tipped over and gone home.

I love the Shimmy too.