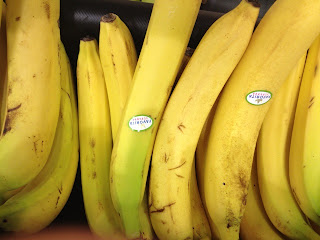 
Back in October* I had a rant about prices of foodstuff at TESCO. I noticed that prices appeared to be rounded up; Quote: ‘instead of an item being £1.43, allowing for a fair profit margin, it is labelled at £1.50.’ 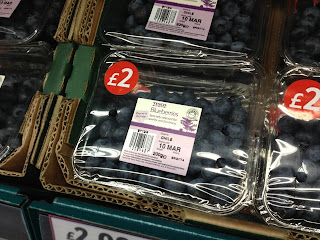 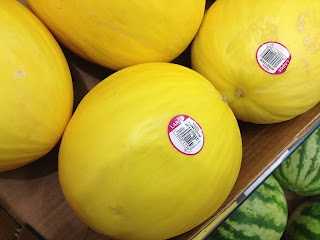 Brazil
Today I am ranting about TESCO’s sourcing of fruit and vegetables. Yes, from a health point of view it’s great to eat ‘five-a-day’, but at what cost to the environment? I love eating fruit, and I find it hard to resist what is on offer at my local TESCO. If fruit from faraway countries was not on their shelves I would not have a choice whether to buy it or not. One thing is sure, people in the UK are buying fruit and vegetables grown in countries such as Ecuador, Honduras, Jamaica, Chile, Brazil, South Africa, Morocco and a little closer to home, Spain. Mostly, these fruits and vegetables are transported by plane, the exception being bananas which are mainly shipped as frozen cargo aboard vessels designed for that purpose. 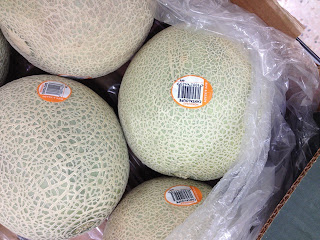 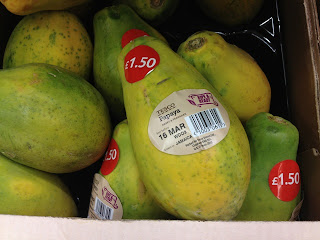 Jamaica
Years ago we did not have this option of buying fruit out of season. If we wanted to eat apples during the winter or spring we had to harvest them in the autumn of the previous year, wrap them in newspaper and put them in the loft where they would remain cool and sometimes be frozen by the cold of winter. Generally lofts were not insulated as they are today, and freezers were unheard of in the home.  At Christmas there was the exception of being able to buy oranges that were shipped from Spain. Bananas were not readily available, especially in the mid 40s when Jamaican bananas were decimated by Panama disease. 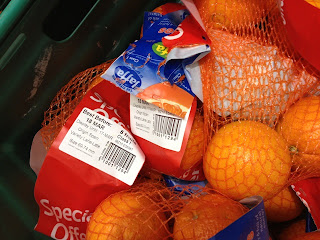 Spain
Today, we have a choice: Do we buy and eat fruit that has been imported from far away countries, or do we accept that we can do without our ‘five-a-day’? We could, of course, take vitamin tablets instead, but they may not be as nutritious or health-giving as fresh fruit. A high proportion of the latter is composed of fibre, which we are told is good for digestion. However, in this respect, are we being duped into thinking ‘five-a-day’ is the ONLY health-promoting way of eating?


How about looking at Zoe Harcombe’s article in the Mail Online** which says there is a better diet for more healthy living?


Jaffa Oranages Made in Spain