Sir Ranulph Fiennes and the Coldest Journey on Earth - Part2 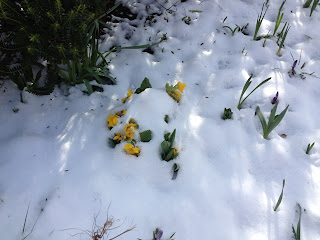 Not as cold here as it is there!


If things go badly wrong with the Antarctica Expedition people will wag fingers and say, “We told you so!”


In an article* posted to this blog on 20th January, 2013 I expressed my concern that success of the Expedition was entirely dependent upon the reliability of equipment.  A failure of one or both of the mobile support vehicles would put lives at risk. Was it worth taking the risk to obtain scientific knowledge? I suppose it depends on how vital that knowledge is to mankind.


Sir Ranulph Fiennes has dedicated the last five years of his life to the Coldest Journey on Earth Expedition, partly motivated by his own desire to achieve another record for being first to do something. He was first to circumnavigate the world along the polar axis. Apart from Charles Burton, his companion for the adventure, no other person has done it. With Mike Stroud, in 1992/93 he was first to complete an unsupported crossing of the Antarctic Continent, and he has done many other intrepid ventures.


Fiennes planned to ski 2,000 miles across Antarctica in front of two support vehicles and sled cabooses manned by a team of five people; thereby achieving another record for being first. Even more remarkable, this incredible feat of endurance would have to be done in total darkness during a South Polar winter when temperatures could drop to -90 degrees Celsius.


This was not to be, because when training at base camp he had a fall, and it was necessary for him to fix a ski binding. He could not do it without removing a glove which caused him to suffer frostbite to fingers of his left hand. The 68 year old adventurer was transported on a skidoo to Princess Elisabeth Station 70 kilometres away; from there he was taken by plane to Novo and on to South Africa.


Back in the UK he speaks of his frustration at not being able to lead the Expedition in person, which task has fallen to Ian Prickett. Fiennes is dedicated to making sure two other objectives of the Expedition are achieved, namely fundraising for ‘Seeing is Believing’, which is a charity that has helped 31 million people to have affordable treatment for preventing them from going blind, and the other objective is to link with 43,000 schools and colleges who will follow the Expedition through a Microsoft platform that is continuously updated by cloud technology.


The Expedition starts the trek on 20th March, and my prayer is as before, that no one will die..


*Sir Ranulph Fiennes and the Coldest Journey on Earth (Part 1)


The Coldest Journey on Earth