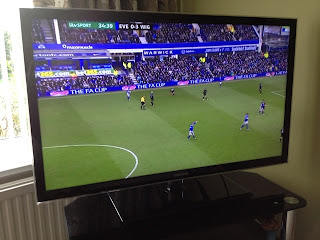 As a rule, football is of little interest to me, but this afternoon I had moments to spare, and I felt like chilling out. I wanted to relax by do nothing. There on TV, up came Everton versus Wigan in the FA Cup Quarter Finals.


As the game progressed I was drawn more and more into it. Wigan had the upper hand, and after 30 minutes Figueroa heads the ball into the Everton net. A minute later Callum McManaman scores Wigan’s second goal - not satisfied with that, Jordi Gomez made it three nil!
After that the game got dirty with Everton players fouling opponents. The Everton Captain Neville appealed to his team to calm it down, and so the score remained unchanged until halftime. 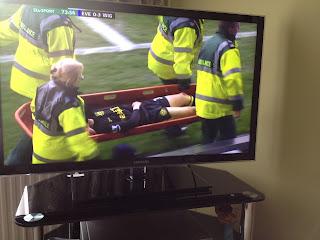 In the second half Everton got into a better stride and put pressure on Wigan, but things did not go their way. Wigan conceded several corners, but Everton failed to score. Seventy minutes into the game, Miyaichi was floored by Mirallas. The Wigan player was injured badly by the tackle and had to be taken off on a stretcher. James McArthur replaced him. A few moments later I was sure Mirallas scored for Everton, but he was judged to be offside by the linesman. By then many Evertonians had left the stands because of their team’s lack of performance on their own ground at Goodison Park.


The final score was Wigan 3, Everton 0, leaving the victors high on adrenaline, unable to wait for the semi-final. The vanquished team forlornly left the stadium to the sound of booing from disgruntled punters. 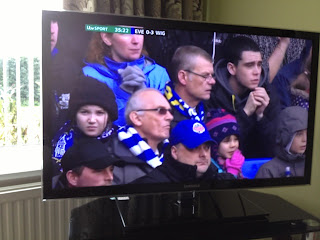 I felt sorry for the losers because they had made a good effort in the second half, and I believe they did not deserve a kick in the face.


If I had to make a decision as to who was the MVP (Most Valuable Player) I would choose Arouna Koné, the Wigan striker.