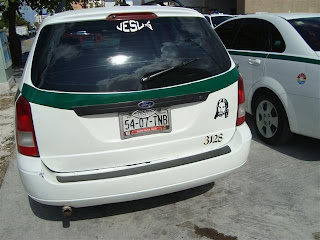 We wanted our holiday to be a bit more than just a time on the beach, therefore we planned to join one or two organized tours and to do a couple of our own.


Monday had been set aside for a do-it-yourself visit to Cancun. We had already travelled from the city’s airport to our hotel by transfer coach, so we knew what to expect. It would be an hour’s journey from Playa del Carmen. The weather was fine, sunny and hot, but the air conditioning in the coach chilled us. My wife wrapped herself in her sweater to keep warm. We were amazed at the large number of advertisement hoardings along the route and I observed hundreds of lattice aerials for transmitting TV and mobile phone signals. There were numerous electricity pylons and very ugly concrete structures supporting cables, transformers etc.. All of this paraphernalia, plus many functional factory type buildings, did nothing to beautify the rather flat terrain. Efforts had been made to improve the visual aspect along stretches of recently constructed sections of the highway by planting colourful shrubs and trees on central reservations.


Cancun bus station is sited right in the middle of a rather rundown part of the City. From there we walked to a market place that had been recommended to us by our Thomson rep for obtaining traditional Mexican craft articles. We found the place quite easily. It was similar to what we had seen on the island of Cozumel and the trades people harassed us to buy their wares in the same way. My wife found a good quality terracotta bowl that was not too gaudy for her taste. She bargained with the shopkeeper and got it for a reasonable price. Our rep told us to always haggle when buying, because one could probably reduce the asking price to one third of the original. Haggling is not the norm in England, therefore doing it was a bit strange. 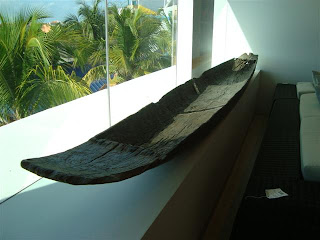 
After checking out the craft market we took a taxi to Liverpool, which is an upmarket mall with very expensive shops, situated on a strand enclosing a lake beside the sea. There are at least four marinas within the lake with access to the sea via an opening at the southern end. We bought our lunch at Starbucks and ate it while sitting on a bench with a view overlooking the lake. Even there, we were asked by a fellow if we would like to rent a luxury motor yacht on the lake. Before and after lunch we looked at the shops to see what they had on offer. Because Liverpool is situated in an area where there are top-notch hotels for the very rich, the local shops had appropriate goods for sale, items far beyond our means. You name it , they had it - designer jewellery, clothing, household items, novelty trinkets etc. 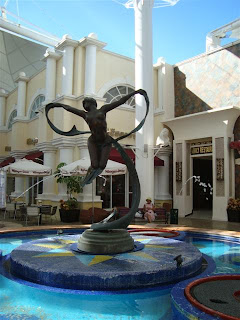 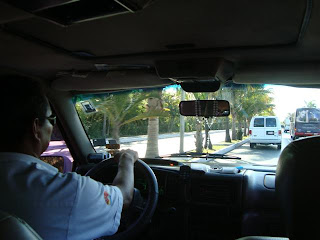 Returning to the Bus Sation


By mid afternoon we had had enough and returned to the bus station by taxi. We arrived back at our hotel in good time for the evening meal which was in the Brazilian restaurant. The buffet selection was supplemented with several meat offerings that waiters carved from spits. After sampling most of the latter we had no room for more and left the restaurant to flake out in our apartment. It had been a good day.
Posted by William Serjeant at 1:12 pm