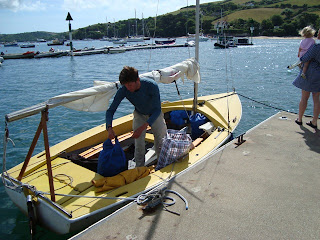 I took this photo of Simon Renton at Salcombe. He was attempting to sail around Britain in a Wayfarer dinghy to raise funds for Macmillan Cancer Support. His latest blog is dated 14th May, 2011. I know that he ran into difficulties with adverse weather during his 2010 attempt, and had to give up.

As I write this blog, Simon has raised £3,387.00 for Macmillan Cancer Support – see his Just Giving webpage. (Link below) 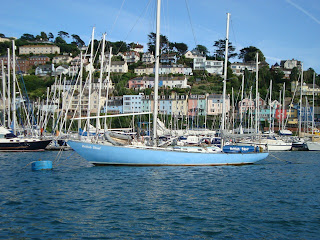 Last year ‘British Steel’ was in a miserable state when I took this photo at Dartmouth. The good news is that a group of enthusiasts are restoring her. 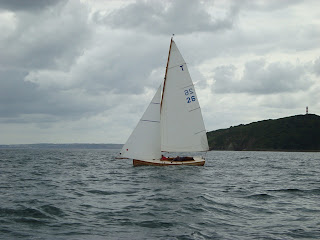 Here is a Troy class yacht I saw off the entrance to Fowey. 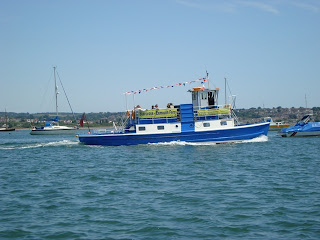 The Starcross/Exmouth ferry was a familiar sight as I lay to a mooring at Starcross.


British Steel is being restored by enthusiasts


Thursday, 15th July, at Starcross – another photo of the Ferry

Posted by William Serjeant at 10:17 am