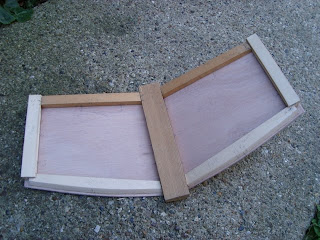 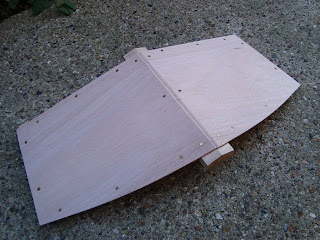 
My estimate of how long it would take me to finish the remaining parts of the transom and assemble them was way out. I thought the job would only take an hour or so, but it actually took six hours and twenty minutes - that’s including joining the pieces together with screws and epoxy. I had not taken into consideration the time it would take to shape and bevel the cleat edges so that transom would slot snugly into place when fitting it to the hull panels.


This job was a bit like building the Temple in Jerusalem which took place during King Solomon’s reign. The first stone was laid in about 966 BC and it took seven years and six months to complete the building. There was to be minimal noise during the construction, as would befit the nature of the building; therefore the huge stones were exactly shaped and pre-fitted at the quarry before being rolled on rollers to the building site so that they could be slotted into place.


Maybe I’ll get around to fashioning the inner stem post tomorrow, that’s if nothing crops up to prevent me doing it.
Posted by William Serjeant at 9:30 pm