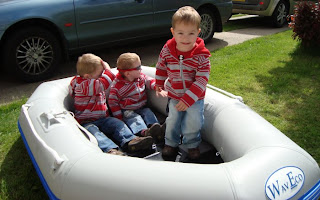 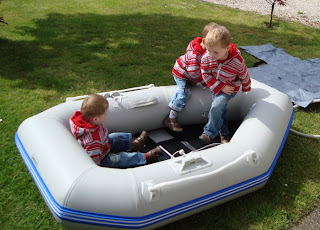 When are the seeds of endeavour planted? Could they be formed at a very early age, perhaps before we have any consciousness of them? Even in his youth, David Cameron, because of his intense interest in politics, was given the nickname ‘Prime Minister’, and yesterday his cherished endeavour to be the top guy became a reality.


When did I first find any endeavour with boats? The earliest I can remember was at the age of seven. My friends and I pretended the fallen leaves of autumn were boats as they scurried down the rapids of flood-filled ditches beside country lanes. We watched their ‘voyages’ with great interest. Each of us was possessive of our adopted leaf and we took care to rescue it, if it came to grief by being washed up at the side of a ditch. The stranded vessel would be re-launched, and anxious seconds would pass as she was sucked into a whirlpool at the orifice of an underground drain. There would be shouts of jubilations if the leaf emerged from the dark tunnel to the light of day for continuing its rapid descent to the stream, and from there to the swollen river, and the raging sea.


In our imagination, matchsticks, matchboxes and corks were transformed into Indian canoes, pirate ships or tea clippers. We launched them into a nearby stream where we conducted pitched battles by bombarding them with stones in our efforts to sink them or move them on their way to gain advantage over our adversaries. When we grew older we built canvas canoes and sailed and paddled them on our local river for voyages of adventure. We saw trout, moorhens, ducks and kingfishers.


The excitement found then in boating adventures remains with me to this day. My endeavours continue.


A few days ago I had the enormous privilege of sharing time with three of my young grandsons. They bubbled with glee as they were put aboard Grandad’s ‘new’ boat for adventurous sailing on the green sea of the front lawn. They wanted to know everything about the bouncy boat and they very quickly learnt which parts of her were the ‘bow’ and ‘stern’. In their imagination the oar pins became throttle controls for making ‘their’ speedboat go faster or slower. They jumped into the waving green sea and swam with the dolphins, ducks, swans, turtles and hippopotami! Meanwhile Grandpa joined in and was lost in wonder, planning new endeavours with them.
Posted by William Serjeant at 10:55 am

Bill, yet another great post,worthy of further exploration. I can remember that some of the first objects I made at an early age, maybe 5 or 6, were 1x6" planks with a sawn point (bow) and nails driven for stanchions and string to make lifelines. Later, when I was about 9 or 10, my father bought a mahogany runabout which we refinished bright and subsequently had great fun with, camp cruising and water skiing on the Ohio.

Thanks for your appreciative response. It's always encouraging when visitors drop by.

I never cease to be amazed by what kids can achieve at a very young age.

Three of my grandchildren are bilingual and they have never had any formal instuction.