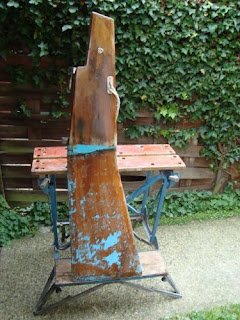 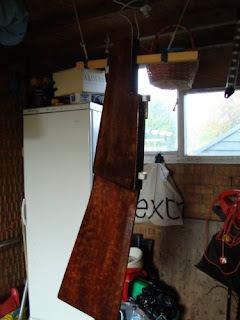 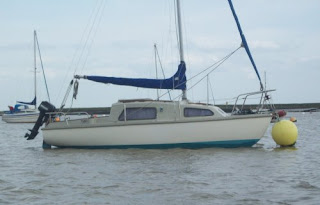 
There are essential characteristics of a seaworthy sailing vessel; they are: 1) A sound watertight hull with integral keel. 2) A strong rudder with adequate attachments. 3) A trustworthy rig that includes a sturdy mast with rigging to match (if stayed), and good sails that will stand up to the winds for which they are designed. I would qualify the definition of seaworthiness by adding that the vessel should be suitable for the sort of seas where her skipper intends to sail her, e.g., a sailing dinghy on sheltered waters, or an ocean-going yacht surfing the huge waves of the Roaring Forties. My Seawych 19’ sloop, ‘Ladybird’, is intended for coastal cruising in fine weather, and under those conditions I would say she is a seaworthy vessel, but if taken into the Roaring Forties she would not stand a chance. She would be overwhelmed. I believe her mast, rigging and rudder would not meet the grade; neither would her large windows and fragile drop boards. Drainage for her large cockpit would be inadequate.

Now, there are occasions when a vessel may be tested beyond the sort of conditions expected, because of a rapid deterioration in the weather. It is then that the skipper starts praying, as he anxiously examines the hull for any weaknesses and leaks. He checks the mast, rigging, sails and the rudder. This is a time that no sailor seeks, and he berates himself for his lack of prudence by not checking the forecast, or because he took a needless risk. If there’s lack of sea room, and his yacht cannot make to windward off a lee shore, he hopes his VHF Pan-Pan signal will be heard. Later, as his vessel is relentlessly pushed nearer the rocks, he sends a Mayday to say his life is in danger, not just because of the rocks, but because the rudder has parted from the transom and the mainsail has shredded. By then it’s too late for the inshore lifeboat, and even the Coastguard rescue helicopter!

Because I plan to sail ‘Ladybird’ along the South Coast of the UK next summer, I am taking the precaution of checking everything before she is launched in the spring. So far I have looked at the rudder and its fittings and I have discovered water lodged under the polyurethane varnish. Therefore, as a precaution against rot, I stripped the rudder to the bare wood, dried it out and applied epoxy. This current, unexpected warm spell of weather is ideal for doing the epoxy which requires a minimum temperature of 15C.