‘Ladybird’ has been sold – My tribute to her 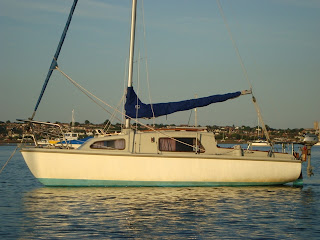 'Ladybird' when she was at Exmouth last year

This is a final tribute to the fabulous ‘Ladybird’, my ex Seawych 19 sloop, that carried me safely from Burnham-on-Crouch to Falmouth and back, along the South Coast of England. My cruise is well-documented on this Blog.


For various reasons I could no longer keep the yacht that had served her purpose. I bought her to teach my nephew and his son to sail, plus to cruise her when opportunity arose. In August of last year I put her up for sale, and I was surprised to receive an offer from my eldest daughter, which I accepted. She said she would have her, if I taught her to sail. In fact she could already sail, because she learnt the rudiments when she was young. Quite often she would crew for me, along with her sisters. 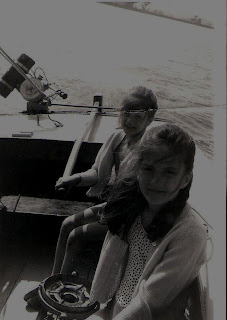 My eldest daughter nearest to the camera with her sister, sailing my Torbay Class 2 Racer


Well, not only was ‘Ladybird’ used to teach my nephew and his son to sail, my daughter also relearned the skills of sailing. She very quickly went on to bigger things, and now she frequently crews on larger vessels. She outgrew ‘Ladybird’ within months, and because she was spending so much time on other boats, she could not justify keeping her. She subsequently placed her on the market, and within a few weeks a new owner took responsibility for her.


In a way, that was a sad thing for me, because as long as she was owned by my daughter, I could take her for a sail whenever I liked, or be her crew.


I can only wish the new owner happy times sailing ‘Ladybird’, and trust that he will look after her.


Adieu ‘Ladybird’, but I shall keep my eyes open for you whenever I’m sailing the River Crouch, as I believe you will be kept on your old mooring at Rice and Cole. Behave yourself, and look after those who put their trust in you. Have fun.