Slipway Facilities at Essex Marina and at Burnham Yacht Harbour 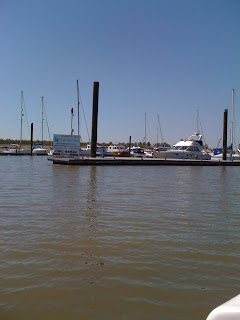 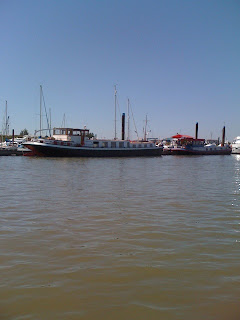 I do not think Essex Marina is as user-friendly for the trailer sailor as Burnham Yacht Harbour. Although the Marina is closer to where I live, I prefer the Yacht Harbour. The main slipway for trailer sailers at the Wallasea Island Marina is directly exposed to incoming and outgoing tidal currents. Not only do they make launching and retrieving a boat tricky, but the Marina slipway is exposed to all winds. By contrast, the one at Burnham Yacht Harbour is sheltered by banks around its perimeter. There are no strong tidal currents within the Harbour; therefore mooring a boat to a pontoon is easier than at the Marina where tidal currents of 2 knots can run at right angles to the north/south pontoons. 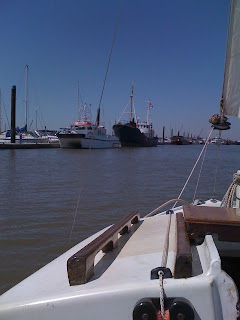 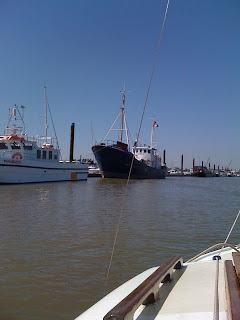 Common to both slipways the best time for launching or retrieving a boat is at the stand of high water. Doing it at low water would not be a pleasant experience on account of the slipways being covered with mud. If one were to launch a boat then there would be a slight advantage at Essex Marina because the slipway is equipped with mooring rings for attaching painters and warps. They are useful when the boat has to be left unattended while the single-hander parks his car and trailer. At the Yacht Harbour slipway there are no mooring rings.  I improvise by tethering my boat to a disused launching trolley. I could set ‘Sandpiper’s’ anchor into the grassy verge beside the slipway, but I’ve not done so because of having to restow it and the warp. 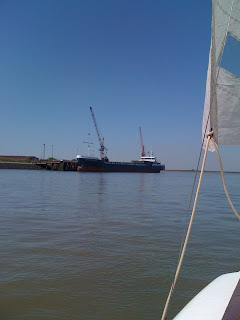 When I recently sailed by Essex Marina I took a few photos, of which a few are published here. The above photo is of a cargo vessel at bit further upstream of the Marina at Baltic Wharf.

Hi Bill,
I have sent an email.
Roger

Yacht Rental In Dubai one of the best thing where you can enjoy your trip of Dubai..