Weather for a Sail? 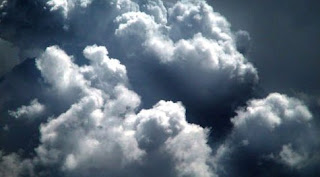 If we are to engage in an outside activity we may well take a look beforehand at the weather forecast. Having seen the forecast we may abandon the outing because of the likelihood of rain, hail, snow, fog or strong winds. That has happened to me a few times this year. Today was a case in point when I had hoped to have a sail. The main deterrent was predicted heavy showers.
Before going for a sail I usually look at the following web sites: http://www.burnhamoncrouchweather.com/ (Burnham-on-Crouch Weather); http://www.xcweather.co.uk/ (UK Wind Map); http://news.bbc.co.uk/weather/ (BBC Weather). This morning, the BBC predicted there would be showers during the afternoon, and the Burnham Weather Station gave a 20% chance of rain. The Wind Map indicated there would be a Force 3 from the SW during the morning and Force 2 in the afternoon. The wind was not a problem, but my intended crew of three knows nothing about sailing, and the business of tacking up the River Crouch with them tending the sheets was not an inviting prospect, especially when there was a high possibility of heavy showers. Furthermore, the crew did not have suitable protective clothing. I therefore called off the venture.

Postscript
This afternoon there were a few heavy showers and the biggest gust recorded at the Burnham Weather Station was 29.0 mph which makes me feel right about my decision to call off the outing. One of my potential crew members generously occupied his time by trimming the fir trees at the bottom of my garden while the others went to the cinema.

I hope this unsettled weather will take a turn for the better, although that seems unlikely because the hurricane season has brought forth its first tropical storm in the Caribbean and the Florida Panhandle, and as I write, hurricane Bill is bringing rain to Bermuda.
Posted by William Serjeant at 5:36 pm